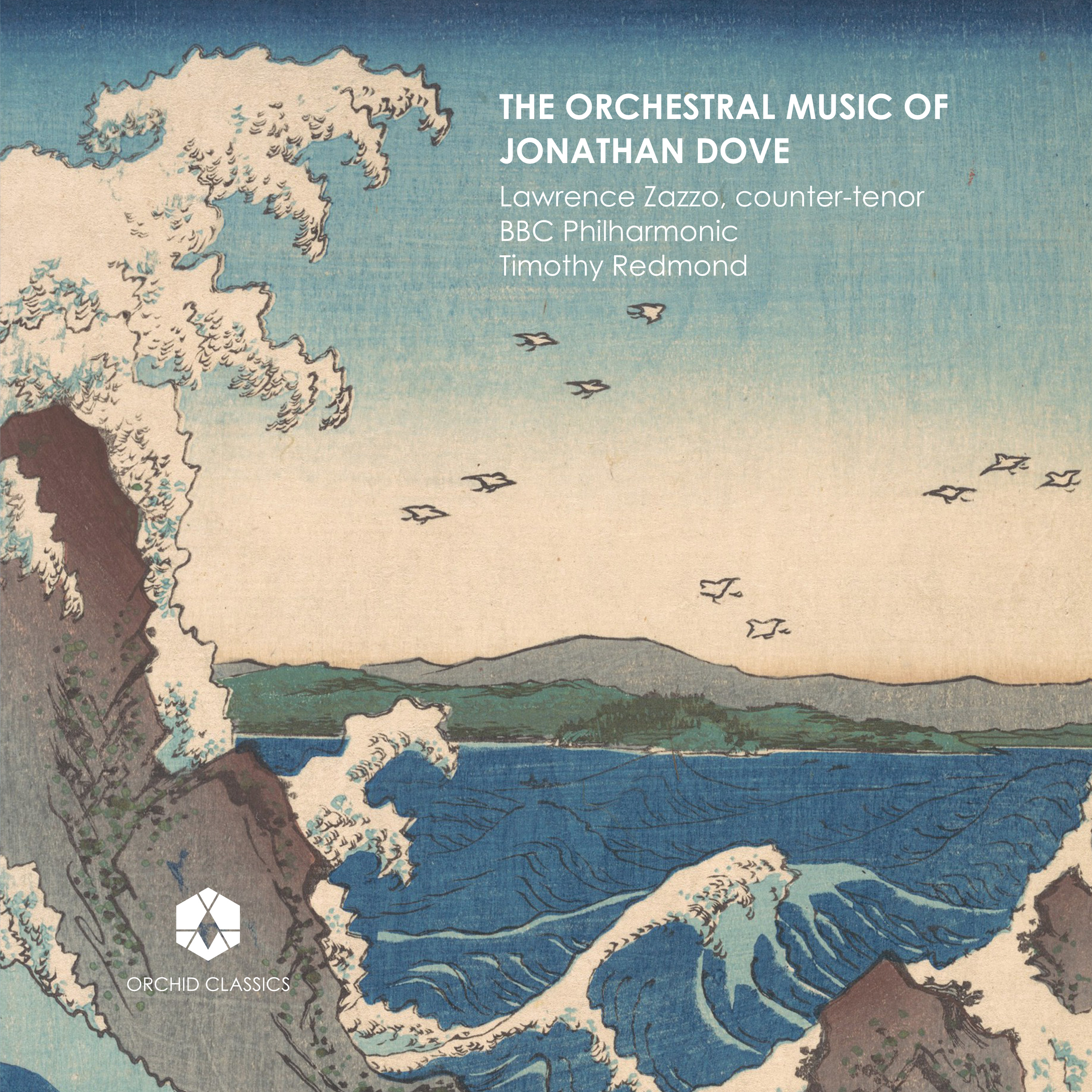 ​The English composer Jonathan Dove is known for his operas, of which he has composed 16. This outstanding release contains a dramatic cantata, along with four orchestral works. One of these, a suite entitled Airport Scenes, is taken from his best-known opera Flight (1997 – also produced at the 2006 Adelaide Festival). The opera is built around the true story of a stateless man trapped in the Paris airport, and his interactions with various travellers passing through.

Its four movements are Take-Off, Storm, Dawn Landing and Departures, and the music is brightly coloured, pictorial, and with a minimalist influence. Dove’s form of minimalism is less like that of earlier process-heavy proponents and closer to the latter-day John Adams in that it allows for neo-romantic melodic lines and dramatic gestures.

The newest work, the three-movement Gaia Theory (2014), has many of the same attributes, especially it its first movement, Lively, and third movement, Dance. The central movement, a break from all the busy vitality, is marked “Very Spacious”. This floating soundscape exudes an irresistible otherworldly quality. The work’s kaleidoscopic form and imaginative orchestral textures challenge the players of the Manchester-based BBC Philharmonic to give of their scrupulous best, which they do.

Two short works, Run to the Edge (2003) and The Ringing Isle (1997) display the same level of imagination and skill, but the most arresting piece here is the cantata Hojoki (An Account of My Hut), for countertenor and large orchestra. Here Dove sets in translation a 13th-century text by the Japanese poet Kamo no Chōmei (1153-1216). The poet-protagonist recounts a litany of natural disasters that he witnesses before turning his back on Kyoto and relocating to a small hut in the hills. There he becomes a hermit, seeking and achieving tranquility. Finally, his life simply flickers out.

The non-gender-specific voice of the countertenor is ideal for this story, and the American singer Lawrence Zazzo who premiered this work in 2008 gives a nuanced and quite stunning rendition. Dove’s orchestral accompaniment specifically depicts the spreading flames and the earthquake’s shuddering, but is equally successful at conveying peaceful tranquillity in the second part. He pits darting, decorative woodwind lines against long held chords, recalling the magic forest music in Michael Tippett’s opera.

Altogether this adds up to an unflagging, hugely enjoyable program. Timothy Redmond conducts authoritatively, and the sound is flawless.

The Orchestral Music of Jonathan Dove, out now on Orchid Classics, is Limelight‘s Recording of the Month in August. Read our interview with the composer here

The conductor tells us about recording his disc of Dove's orchestral music, Limelight's Recording of the Month in August.