The newly formed Trio Argenti (Monika Koerner, flute, Trish Dean, cello and Alex Raineri, piano) played a fascinating mix of pieces to close out Raineri’s year-long Brisbane Music Festival. Leaping from traditional-ish 19th-century pieces to late-20th-century pieces, this was designed as the closing performance for BMF’s 2021. Raineri noted that concerts rescheduled during the year meant that that was no longer the case, but still, it was a cracking choice of repertoire to (nearly) end the year. 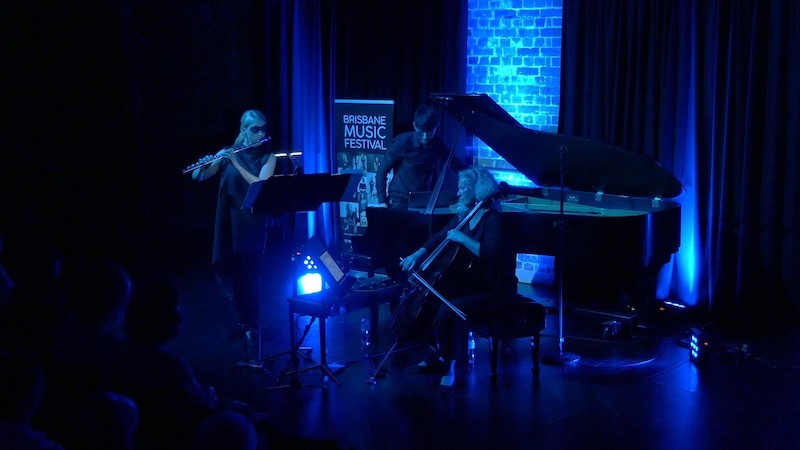 The repertoire for flute, cello, and piano is certainly smaller than that of the traditional piano trio, but there’s also the added interest of having the flute rather than the homogeneity of two string instruments (incidentally, there’s some gems in the flute/cello/piano repertoire though – the Weber trio is a must-hear).

The trio began with Schubert’s Notturnoin E flat Major Op. 148, originally for violin, cello and piano. The piece is a lovely warm bath of harmonies, with a pulsating slowness that enveloped the audience immediately. The small...