This was an ambitious program for a semi-professional orchestra, which set itself the goal of matching the brilliance of young piano sensation Shuan Hern Lee in Beethoven’s Piano Concerto No 5 in the first half, then tackling Shostakovich’s monumental Fifth Symphony after the interval.

The orchestra lifted itself magnificently to the standard set by Lee, a former child prodigy who at the age of just 19 is already established on the international concert stage, having starred with orchestras in Russia and Kazakhstan as well as nationally. 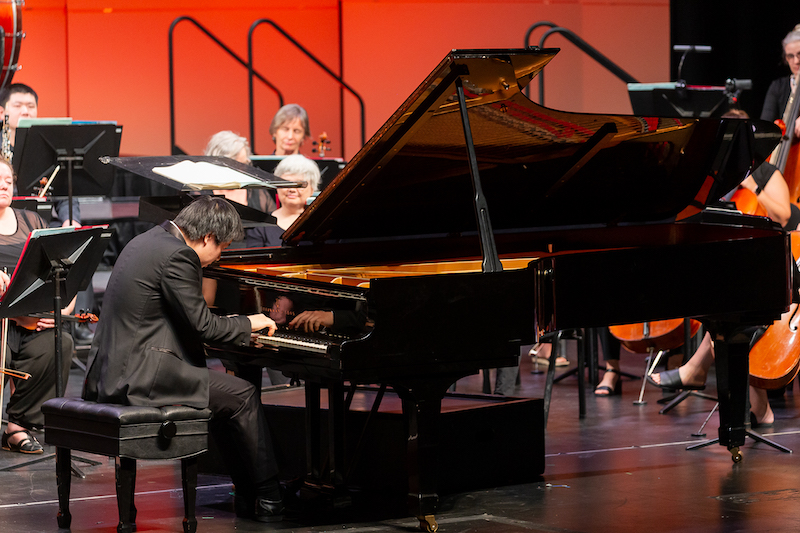 The Perth-born soloist – who dazzled the judges with his flying fingers on Australia’s Got Talentat age seven – proved electrifying in his performance of the much-loved ‘Emperor’ Concerto. With his freedom of expression, he could be as sweet and lyrical as he liked and then create a wall of sound with his phenomenal finger work.

As exhilarated as the audience was by the grandeur of Lee’s playing, the orchestra was even more inspired, uniting...

World Premiere: Conversations about the Impossible by Cathy Applegate

As the Darwin Symphony Orchestra prepares to perform her new work, the Darwin composer explains how she was inspired by a surreal painting by local artist Kate Eagle.

The Darwin Symphony Orchestra celebrates its anniversary with new music

Composer Lachlan Skipworth tells us about collaborating with Numbulwar musician Don Nunggarrgalu on a new work commissioned for the orchestra's 30th birthday.

The Canberra and Darwin Symphony Orchestras are on the rise, thanks to their dynamic young maestros. Continue reading Get unlimited digital access from $3 per month Subscribe Already a subscriber? Log in