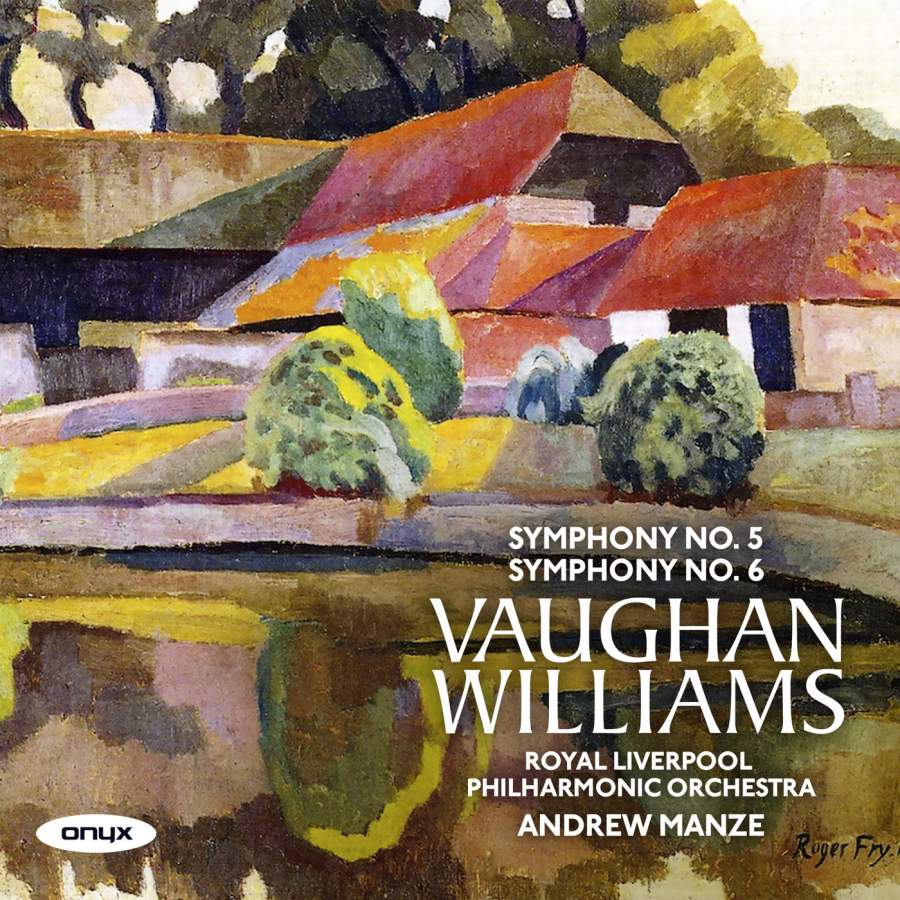 Ralph Vaughan Williams wrote nine symphonies, the first relatively late in life (he was 38 when A Sea Symphony set sail in 1910) and the last at the age of 85. Those in between form a canon that reveals a composer’s maturing musical voice while charting half a century of British music-making. Many would also say they chart half a century of turbulent world history, and perhaps none more so than the equally powerful Fifth and Sixth.

The Fifth – quintessential Vaughan Williams – was written in 1943 amid the hurly-burly of WWII. It contains, however, “the most benedictory and consoling music of our time,” wrote the critic Neville Cardus. Five years later, the turbulent Sixth shocked listeners out of their comfort zones with its violent opening, malevolent Scherzo and, most originally, a 12-minute finale marked pianissimo throughout that some likened to the sound of a nuclear wasteland. Between them lies a test for any orchestra and, for a conductor, a mark of his or her ability to measure up to this refreshingly surprising composer.

This new Onyx recording comes from Andrew Manze and the Royal Liverpool Philharmonic, an orchestra that seems at the top of its game thanks to the inspired leadership of chief conductor Vasily Petrenko. So far, they have released impressive accounts of A London Symphony and the Pastoral Symphony as well as the Fourth and the Eighth. This disc exhibits all the virtues of its predecessors: clarity, elegance, flair and commitment to an ideal sound.

The Fifth opens in a shimmer of gossamer strings – the Onyx engineers investing it with just the right acoustic halo. Manze’s immaculate attention to balance reveals inner details often obscured and his adroit sense of pace builds shapely climaxes. It’s a similar story in the radiant Romanza. By way of contrast, the Scherzo scampers and tumbles like a bevy of spring lambs (yet never overdone), the conductor proving once again a master of containment. The Passacaglia finale positively glows with burnished sound.

The Sixth erupts with imposing force, all snarling brass and pounding drums, yet there’s a fine plasticity too in those galumphing saxophones. The Moderato oozes controlled menace, with occasionally malign outbursts, the breakneck Scherzo crackles with demonic power drawing virtuoso playing all round. The best is saved for last, however, with the haunting epilogue proving the perfect counterbalance to the opening of the Fifth Symphony resulting in a most satisfying pairing.

The orchestra is on magnificent form throughout, wind and brass a real delight, and the blend just peachy. A richly satisfying traversal of a pair of mid-century masterpieces.

Andrew Manze’s recording of Vaughan Williams’ Symphonies Nos 5 & 6 is Limelight‘s Recording of the Month for July 2018. Read our interview with Manze here.

James Ehnes offers the perfect antidote to those lockdown blues.