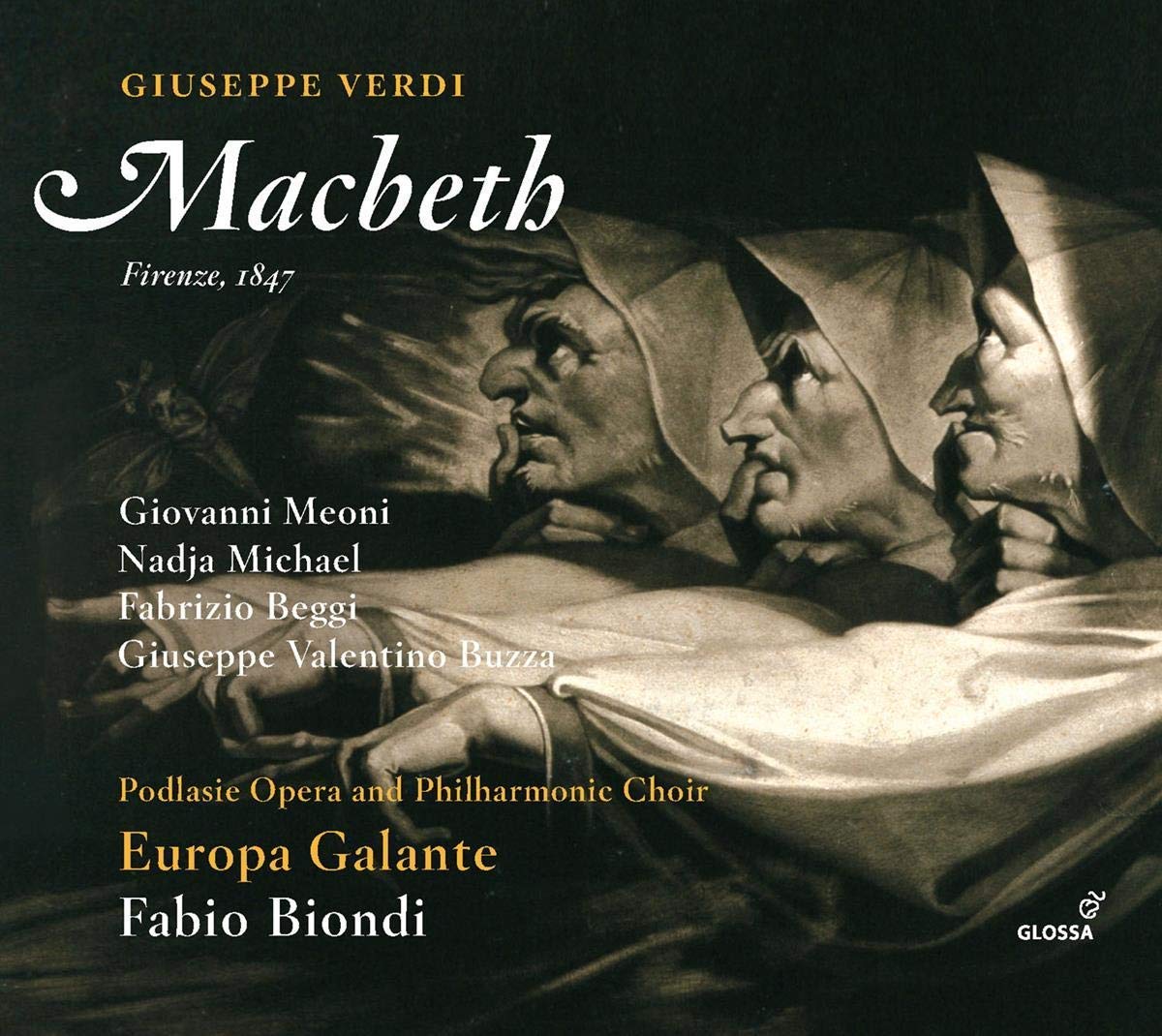 When Verdi famously declared he wanted his Lady Macbeth to have a “harsh, stifled, dark” timbre, with “the voice of a devil”, he probably didn’t mean for his suggestion to be taken quite so literally. Heard in its original 1847 Florentine version thanks to Fabio Biondi and his Europa Galante, Verdi’s take on the Scottish play is here spectacularly hamstrung by the casting of said lady. German soprano Nadja Michael is a potent stage animal, as anyone who’s seen her Salome for David McVicar will attest, but her voice at this stage can only offer up a vague approximation of the music. It’s difficult to believe that anyone could have greenlit her involvement, her heavy vibrato ungainly and her intonation so flawed that caterwauling approaches euphemism in some places.

Consequently, it’s even more difficult giving this recording a fair hearing, considering the blackhole at its centre. That said, getting to hear the opera in its original version is a rare opportunity, and perhaps the only thing that will carry you through. In many ways it’s more dramatically coherent and tighter, truer to the spirit of Shakespeare’s lean drama, and Biondi and his orchestra give it a lively, propulsive reading. It’s all the more admirable considering how far afield this work is for the period band, which perhaps accounts for the freshness of the reading. Orchestral details are beautifully limned, and there’s a burnished transparency in the textures Biondi draws out.

The rest of the cast provide fine contributions, with Giovanni Meoni offering a pleasingly Italianate if unpoetically sung Macbeth. How to shape the line with a firm sense of rhythmic acuity, crucial in Verdi, escapes him at times, but he pours out his bright timbre attractively enough. The supporting players are more impressive, especially Giuseppe Valentino Buzza’s sensitively realised Macduff and Fabrizio Beggi’s stentorian Banco, who more or less steals the show in his brief appearances. His bronze column of an instrument feels like a glamorous throwback. The Podlasie Opera and Philharmonic Choir is similarly impressive, singing with crackling fervour and nice Italian.

If one could ignore the contributions of this recording’s Lady M, this would be a fine entry in a long line of Macbeths. But as it is, it’s almost unconscionable to recommend it without major caveats.

Born again Verdi: an underrated opera has something to say today.