A year or so on from a revelatory survey juxtaposing the music of Rameau and Debussy, Víkingur Ólafsson is a man on a new mission. “We all bring baggage to Mozart; we all have a relationship with Mozart,” the 37-year-old Icelander told a packed-to-the-rafters audience at this recital at London’s Queen Elizabeth Hall, dating his own early love affair to an inspirational performance of The Magic Flute that he saw at age seven. He also took a hearty sideswipe at the still-prevailing image of the potty-mouthed composer trotted out in the movie Amadeus. 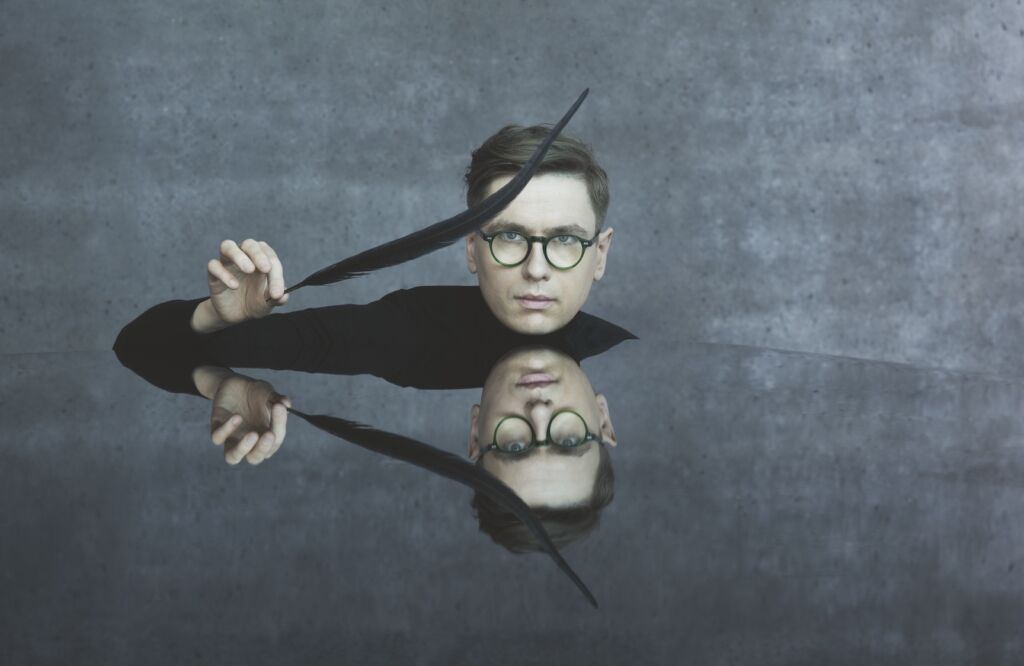 For Ólafsson, Mozart is “the eternal wunderkind, the eternal prodigy,” but also “one of the most beautiful people who ever lived”. His latest album has been brewing for a while. “Only now that I’m older than Mozart was when he died,” he quipped, “do I feel ready to commit him to record.”

In his typically thoughtful way, Ólafsson seeks to demonstrate Mozart’s importance – both as a creator and, as he puts it, as one of the first “indie musicians” – by focusing on the composer’s final decade. This was the period when the ambitious freelancer was breaking with both the aristocracy and his own father. Furthermore, to contextualise it all he’s chosen to illuminate his hero by presenting him side by side with some of the other important composers of his time.

Although the recital was identical in many ways – in order, at least – to the recently released Mozart and his Contemporaries album on Deutsche Grammophon, that never seemed to matter one bit. So carefully thought-through is his running order with each work slipping effortlessly – sometimes breathtakingly – into the next, it would have been criminal to tinker with it. As the final masterwork falls neatly into place, it’s a moment as satisfying as the final twist of a Rubik’s Cube. 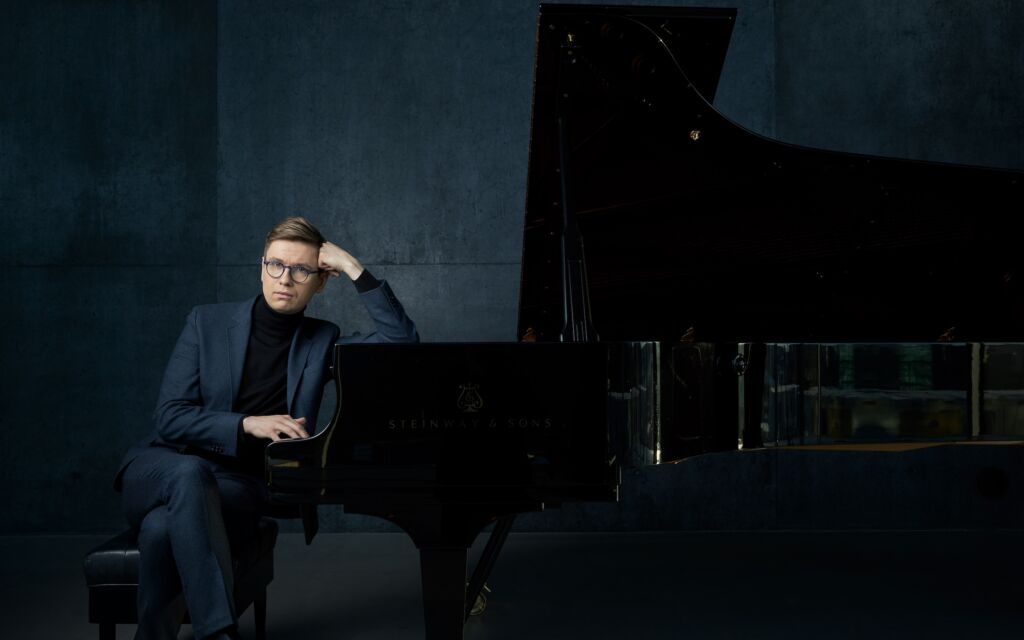 Opening with a delicious Andante spiritoso from an F Minor sonata by the nowadays rarely heard Baldassare Galuppi, Ólafsson immediately reminded us of Mozart’s description of Vienna in the 1780s as “piano-land”. Back then, these contemporaries were major players, but the segue into the Rondo in F, K494 proved how effortlessly the Salzburg-native seemed to eclipse them all. Not just are the ideas more memorable, the ear is immediately drawn to a more varied and sophisticated use of counterpoint. Ólafsson then proceeded to compare Mozart with the cat-and-mouse games of a CPE Bach Rondo in all its capricious glory. Although Mozart considered Bach’s most famous son to be the musical “father” of his age, the Fantasia in D Minor, K397 once again revealed the sheer quality of the thematic ideas to be found in a Mozart masterwork that, in its evolving narrative and occasional joie de vivre, resembles an extended operatic aria.

Rangy and bespectacled, Ólafsson cut an elegant figure in his sharp blue suit. Bending low over the keyboard, he displayed just enough drooping fringe to offset his cerebral, Icelandic poise with a dash of the romantic. His playing combined enormous delicacy of touch with clarity of technique and an immaculate balance between right and left hand. A judicious sense of time and space ensured that anything that risked sounding mechanical was given sufficient room to breathe, and he was always quick to tap into any potential dialogue within the music in order to help it speak more engagingly. His playing, like these works, many of which were written merely to please, possessed charisma in spades.

Ólafsson had put in some spade work of his own as well, arranging a pair of gorgeous, lilting movements from Cimarosa sonatas for the modern grand piano, both in minor keys (indeed, the pianist shows a clear predilection for the minor). Haydn, too, got a look in, his Piano Sonata in B Minor, Hob.XVI/32 drawing spirited playing with plenty of personality from Ólafsson, especially in the graceful minuet with its darkly dramatic centre. The dazzling finger work here carried over into Mozart’s Sonata in C, K545 that closed out the first half of the recital. Perhaps the best-known work on the program, Ólafsson really made it his own so that what might appear overfamiliar came up sparkling and newly minted. 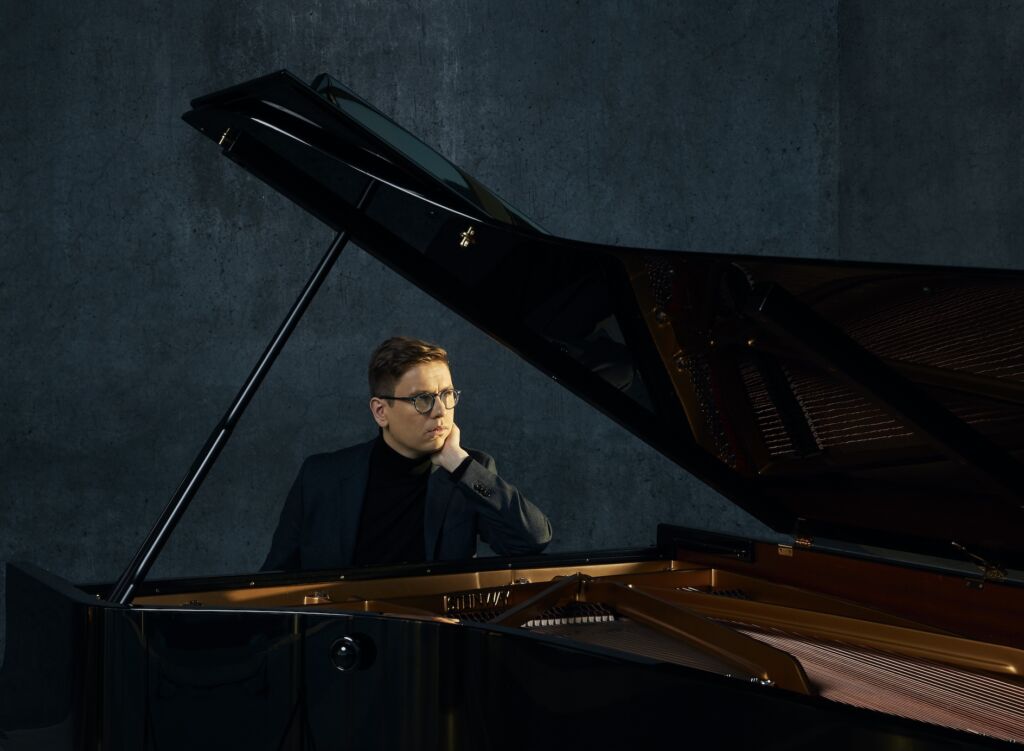 If the first half was all about drama and invention, the second half was more inward-looking. Ólafsson’s own arrangement of the moody Adagio from Mozart’s String Quintet in G Minor finds the composer at his most profound and forward looking with pre-echoes of Beethoven and even Schubert. A Galuppi C Minor Larghetto turned out to be another forgotten winner and the spine-tingling segue from there into Mozart’s turbulent Piano Sonata in C Minor, K457 was worth the price of entry alone. Ólafsson invested it with an almost Beethovian drive, though occasionally pivoting to revel in moments of Mozartian effervescence.

Perhaps the best, though, was saved for last. Mozart’s 1788 Adagio in B Minor, K540 is one of his deepest, most prophetic works and Ólafsson’s intense performance went right to its heart. Poised, and with each hand playing its part in an emotional balancing act, he carried the moment through via another exquisite segue into Liszt’s divine arrangement of Mozart’s Ave verum corpus.

Throughout this multifaceted concert, a remarkable unbroken stream of music was maintained with only the occasional peremptory hand signal required to quell unwanted applause. Played entirely from memory, at two-and-a-half-hours, recitals don’t come more generous as this. As for Ólafsson, pianists and their programs are rarely as engrossing.

A box of musical bonbons to be savoured a few at a time.