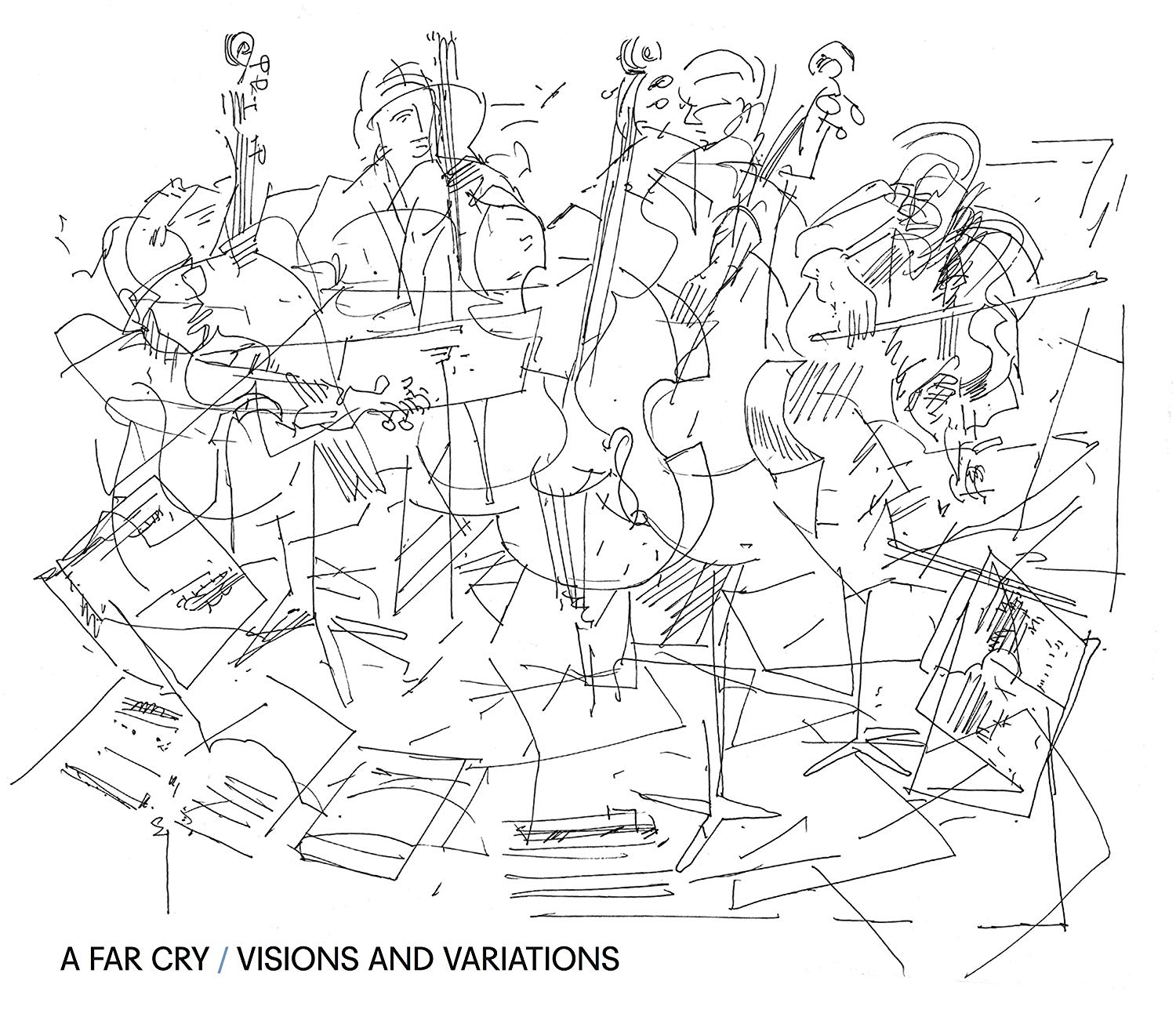 The small Boston-based orchestra, A Far Cry, has scored top points for this self-funded recital which is made up of two sets of variations – Ethan Wood’s updating of Mozart’s familiar piano variations on Ah! Vous dirais-je, Maman (better known to English audiences as the nursery rhyme Twinkle, Twinkle Little Star) and Benjamin Britten’s early masterpiece Variations on a Theme of Frank Bridge – written for string orchestra. The ‘Visions’ of the disc’s title take their name from Prokofiev’s wonderful set of piano miniatures, Visions Fugitives, Op. 22.

All three works are delivered in impeccably taut and athletic performances which amaze with their clarity and variety of tonal colour – especially given that A Far Cry is a conductor-less orchestra wherein the leader rotates. Similarly, while Prokofiev’s short pieces are in the main transcribed by Rudolf Barshai, five of them are adapted by various members of the band. That which remains most endearing to the listener is the fact that they are able to deliver such taut performances, following as it were, an inner pulse or heartbeat.

Wood’s Variations show an updated view on Mozart – while the older composer is never far from primary place – and are often harmonised with a dissonance, which is more appropriate to the 21st-century listener’s ear. And then there is also an appropriate Bach/Busonian sense of chromaticism brought to bear within the unfolding variations. Similarly, Prokofiev’s Visions display not only a wide sense of colour and milieu, they directly point to the more mature and lengthier works by him – the ballets, such as Romeo and Juliet. Leaving what is possibly the best until last, Britten’s work is given one of the most vital recorded performances that I’ve heard. Add the warmth of the recorded acoustic and, yes, we have a true winner.