Vivaldi’s Gloria in D Major, RV589 is arguably his most popular work after The Four Seasons, and certainly one of the most-recorded. Traditionally, it was performed in concert or coupled on record with such works as Haydn’s Nelson Mass or as part of a potpourri of Baroque favourites. Things have changed in the last 20 years or so. But the fact remains that Vivaldi never completed a Mass setting. What might one have sounded like? Now, thanks to Les Arts Florissants and Paul Agnew, we can find out. 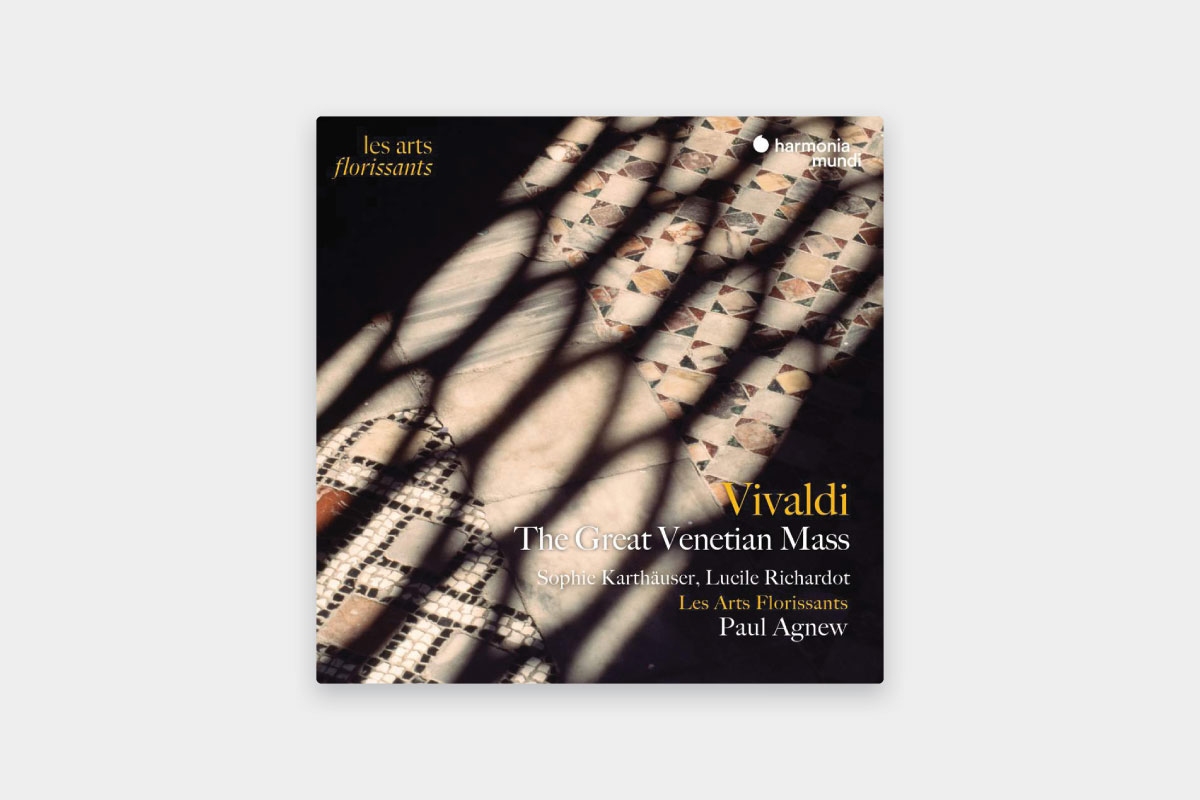 As Agnew writes in his booklet note: “I make no great claims for the authenticity of our finished mass. No doubt Antonio Vivaldi himself would have done a much better job and even the idea of ‘completing’ the mass is based on the very flimsiest of evidence. But the challenge was fascinating, and the result can be judged by you the listeners. I hope it gives you as much pleasure to listen to as we took in performing it.”

I for one have found it an extremely pleasurable listening experience. It’s worth noting that nothing here has been newly composed in the style of Vivaldi, as with certain attempts to reconstruct Mozart’s Requiem. All the music is by the Red Priest; the Mass has merely been completed by sourcing existing movements from the rest of Vivaldi’s considerable oeuvre, many of which show kinship through the recycling of material so common for composers of the time.

And the performances? Trademark Les Arts Florissants, with beautifully enunciated texts, epic choral work, stellar solos from soprano Sophie Karthauser and mezzo Lucile Richardot and superlative instrumental playing that under the direction of Agnew assumes the character of a luminous backdrop to a Renaissance sacra conversazione.

A thoughtful but idiosyncratic take on Bach’s masterwork.

Queyras and Melnikov sweep the listener away with romantic élan.

A Spaniard’s symphonic cycle gives Schumann sceptics something to think about.

Jacobs offers a Freischütz intriguingly rejigged, if not essential.