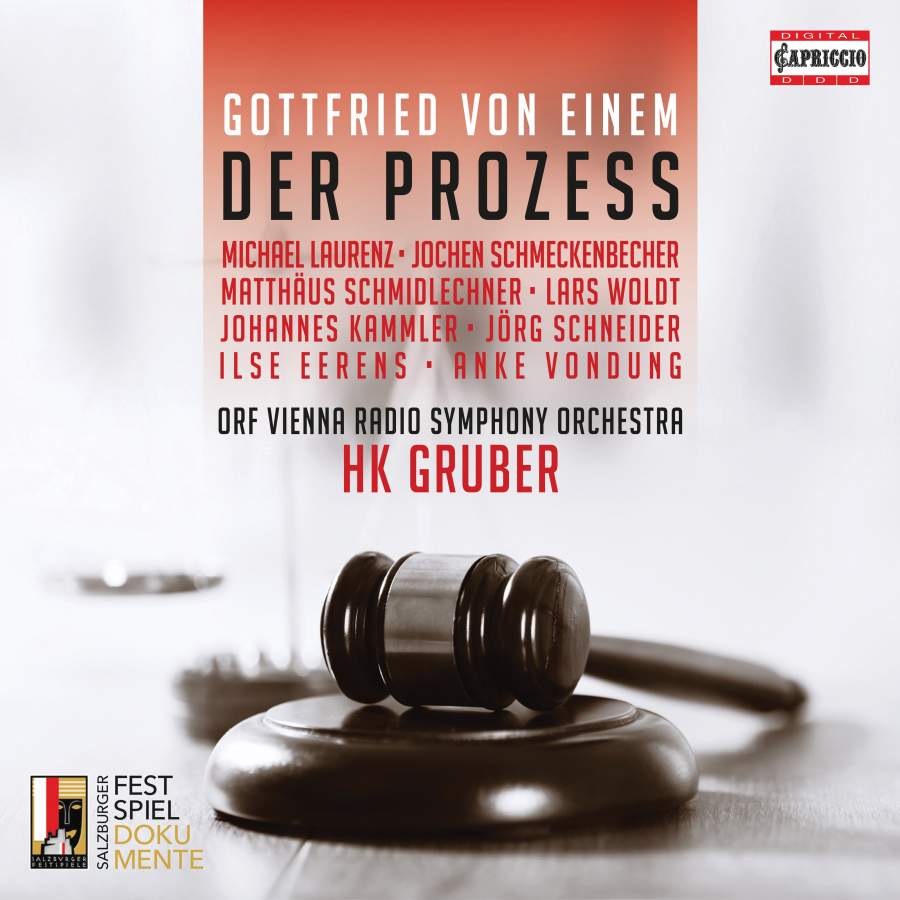 Austrian composer Gottfried von Einem is acknowledged as a key figure in the rebuilding of musical life in Austria after the Second World War, during which he saved the lives and livelihoods of many Jewish friends and colleagues. It’s no surprise then that he was drawn to texts that dealt with themes of liberty and justice, as with Kafka’s The Trial, which became the inspiration for his second opera, Der Prozess. First performed at the Salzburg Festival in 1953 with Karl Böhm conducting the Vienna Philharmonic, this recording is taken from the 2018 Salzurg Festival, with HK Gruber, a composer and former student of von Einem’s, in the pit.

There’s a declarative, plainspoken quality to the composer’s writing, with a propensity to sow touches of irony throughout – examples that come to mind include the big-band dance music heard before Josef K.’s execution. Some passages also bear the influence of Stravinsky and Prokofiev, but von Einem has an ability to set mood and text with a precision that feels all his own. The libretto proves overly wordy though, and the drama sags considerably in the opera’s first half – this is thankfully redeemed by a tauter second half, where the hitherto declamatory vocal lines gain a more lyric expansiveness.

Gruber steers this ship with obvious passion, leading a fine cast who cope admirably with the difficult score. Tenor Michael Laurenz is outstanding as Josef K., singing with blazing intensity.