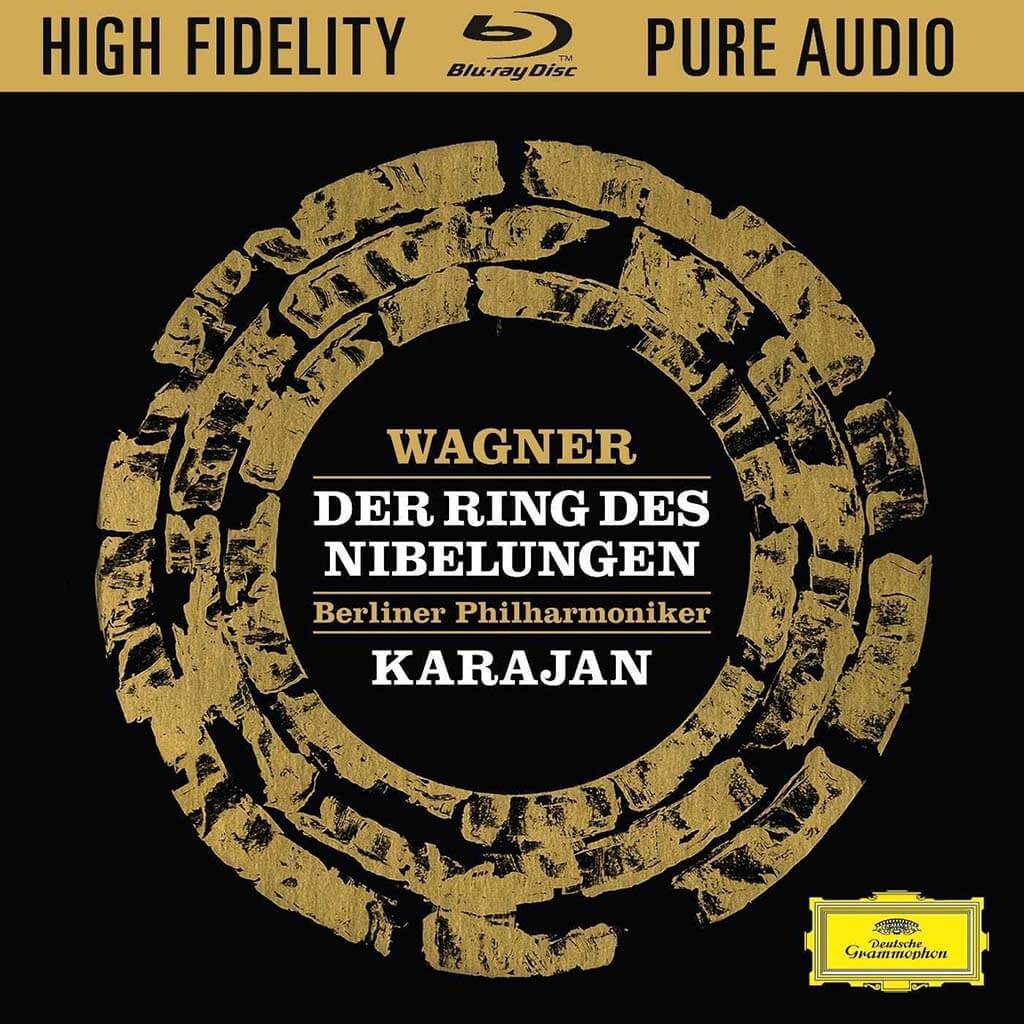 I am not sure if the technophile Herbert von Karajan would be delighted or appalled at the thought of his Ring Cycle being released in the latest high-definition format 50 years after the first instalment was recorded. This latest incarnation is newly remastered at 24-bit/96kHz and comes on a single blu-ray disc (incompatible with CD or DVD players) taking advantage of the 25 GB capacity of the format.

So how does it sound? I compared it side by side with the 1998 Originals issue and the difference was immediately apparent. That earlier incarnation was a vast improvement on the first CD mastering; opening out the sound, deepening the perspectives and enriching the tonal palette. This time around the change is more subtle but deeply satisfying to my ears. Gone is the metallic sheen on the strings, the congested glare at climaxes. The brass gleams rather than sizzles while the bottom end has more weight and presence. Voices and instruments are firmly focused within the acoustic space and their specific timbre is rounded and solid.

These enhancements should be clearly audible on modest systems. Using Sennheiser’s mighty HD800 headphones I could hear deep into the mix and uncover details previously hidden in the noise floor. Unfortunately faults in the original source material are also audible under such forensic examination – Karajan’s recording crew indulged in some strange shifts and manipulations of perspective and balance at his behest. That said, it is a pleasure to hear this great if flawed recording at its very best, for so long unfairly overshadowed by the Solti extravaganza – at a time when there were only two studio recordings of the Ring available, critics looked a gift horse in the mouth. Ignore the sniffy putdowns of chamber-music approach and Wagner-lite voices – Karajan consciously avoided the “old Wagner cannons”. Listen to Gundula Janowitz and Jon Vickers in Act 1 of Die Walküre and be seduced.