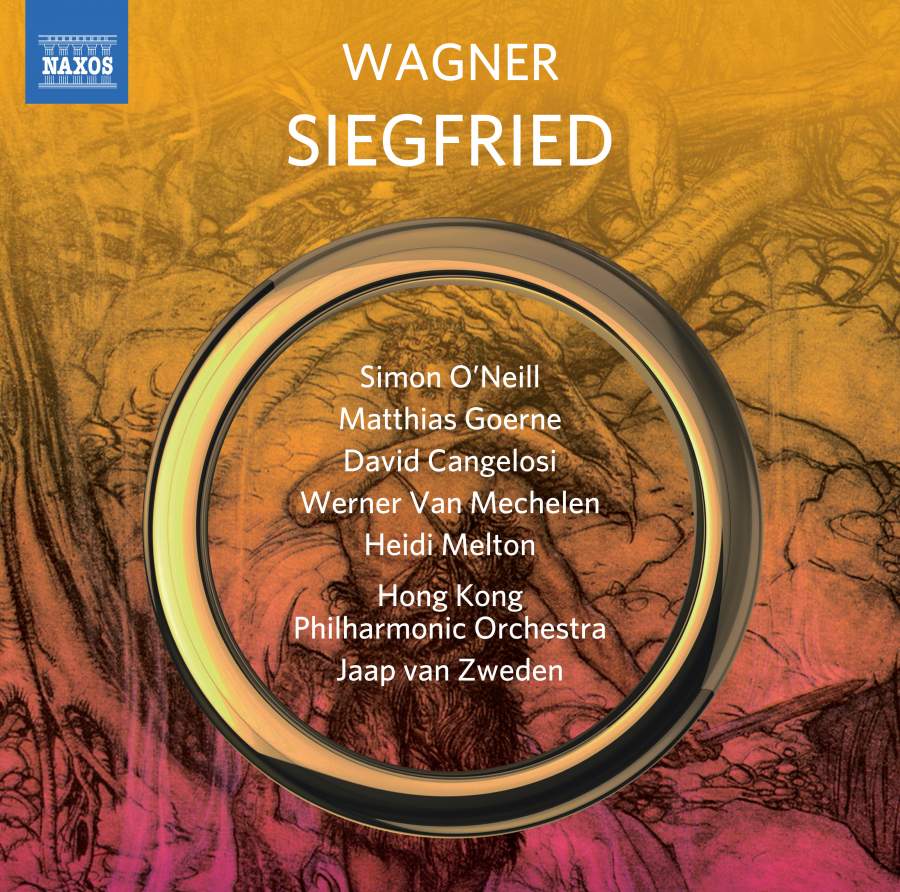 Following a fine Rheingold and even finer Walküre, Naxos’s Hong Kong Ring reaches Siegfried, so often the ‘problem child’ of a complete cycle. Not that it’s a washout as Jaap van Zweden helms this opera as impressively as he has its predecessors. The troubles stem from a mixed cast and a rather variable quality to some of the recorded sound.

Of course, no Siegfried can succeed without vocal heft in the title role and New Zealand Heldentenor Simon O’Neill is on the money much of the time. His bright, if occasionally tight tone proves perfect for a thrilling forging scene and he’s still clearly powering forward in that exhausting final scene, his voice seemingly growing in heroic stature as time goes on. He’s well matched by the spirited David Cangelosi as Mime, his performance more dignified – and all the better for it – than many of his hammier colleagues on disc. It’s unfortunate then that his untypically heroic tone rubs up awkwardly at times against O’Neill’s, making it hard to tell them apart.

Elsewhere, Matthias Goerne concludes his magnificent portrayal as a world-weary Wanderer, his textually detailed singing a real pleasure, even though it takes the engineers time to catch it properly on the microphones. Deborah Humble is a richly pleasing Erda, her full, dark tone a perfect match for Goerne. On the minus side, Werner Van Mechelen is a drab, woolly-toned Alberich and Falk Struckmann’s ludicrously OTT growlings as Fafner fail to compensate for his missing bottom notes. A more serious problem is Heidi Melton’s Brünnhilde. The American soprano made a fine Sieglinde as recently as 2017, but here she is unsteady in both tone and pitch. Snatching at top notes, she sounds exhausted at the end as she settles on a brief, precarious high C.

Zweden’s steady hand paces the drama well – though slowing down for Ewig war ich does Melton no favours. He’s strongest when the score catches fire, less so when it’s at its most brooding (as in the Act II Prelude). The Hong Kong Phil is on fine form again, if not always as well caught by the Naxos engineers.

How often do you encounter a non-fiction work about art that makes your mind spiral in so many directions?

Lang’s take on Beethoven benefits from strong singing and playing.