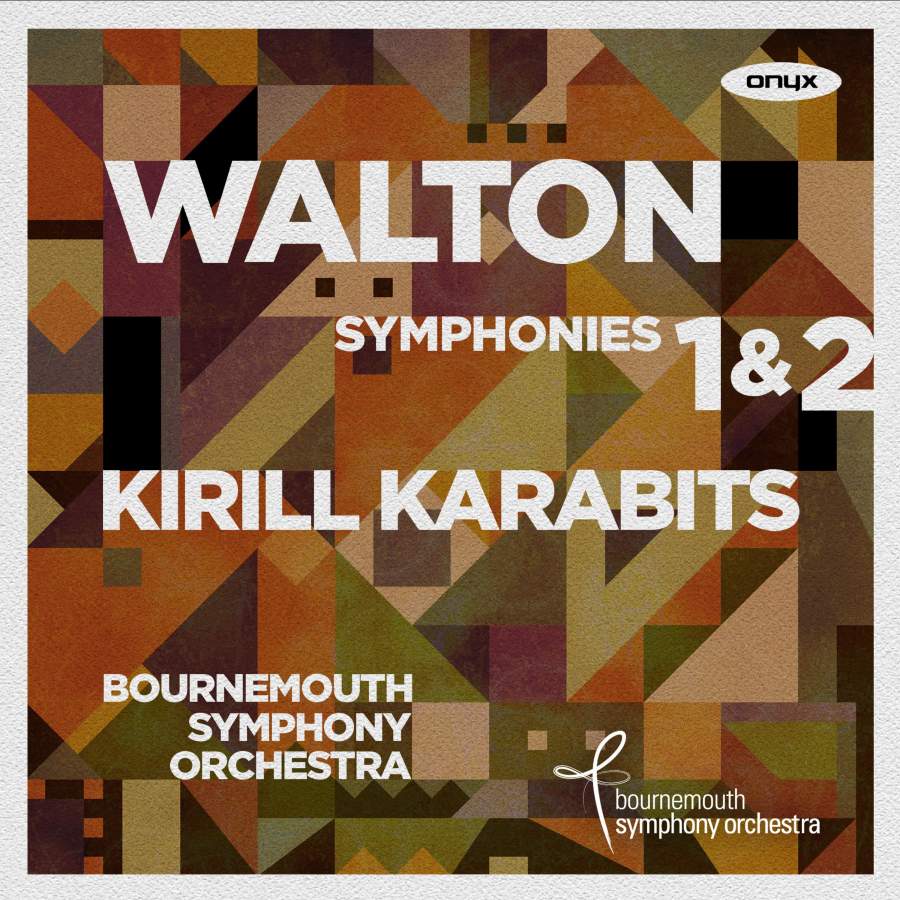 Twenty-five years separate the two symphonies by William Walton. The First is a large work very much of its time: Sibelius filtered through jazzily syncopated rhythms. The finale gave the composer trouble, and the work was first played without its fourth movement (in 1934). The first full performance came a year later. As a result, the finale, with its fanfares that look forward to Walton’s Shakespearean film scores, seems to come from a different pen. The best performances integrate the four movements into a whole, which Karabits does here admirably despite the competition of Previn (a more exciting scherzo), Haitink (a more atmospheric slow movement), Slatkin (a more driven and relentless first movement) and others.

The shorter Second Symphony of 1960 was long regarded as a mere showpiece, even something of a divertissement. That is how it was treated by George Szell and the Cleveland Orchestra (who commissioned the work) in their virtuosic and efficient premiere recording. Karabits has other ideas. In the elusive first movement he is laid-back, creating an air of mystery and taking his time to reveal textural detail. He relishes the contrasts within the slow movement, revealing the pain that lies at the heart of the yearning string lines and stormy climaxes. However, his approach is most evident in the broad tempo he sets for the important fugal episode in the third movement. Having revealed the symphony’s serious side, Karabits plays the finale for strength rather than excitement. His fine orchestra responds emphatically with brilliant colour, and Walton’s symphony sounds more than ever like a masterpiece.

Karabits is one of the most thoughtful young conductors recording today. He had an equally idiosyncratic take on Prokofiev’s Fifth. The Gramophone reviewer who simply found this performance too slow missed the point: Karabits gives a legitimate and illuminating interpretation.

Everyone should have equal opportunities to access and participate in the arts, says Morwenna Collett, who discusses the value of being inclusive, a roadmap for how to get there, some Australian examples and an international case study.

Ehnes adds his splendid account to the ranks of the great.

Composer of the Month: Arthur Bliss

Encouraged and championed by legendary musicians and composers, the versatile Arthur Bliss became one of the most revered figures of his generation.

Prokofiev’s vivid anniversary gift, which was sent back.