“I didn’t know what justice was, until I knew what it isn’t,” sings an Adelaide resident when she hears nobody will be charged with a murder that has shocked the local community to its core.

Fifty years ago, Dr George Ian Ogilvie Duncan was murdered in a gay-hate crime. Police involvement was suspected, but nobody was ever found guilty. The outrage caused by the failure of the inquest resulted in a movement that led to the decriminalisation of homosexuality in 1975 – the first such law reform in Australia and the English-speaking world. 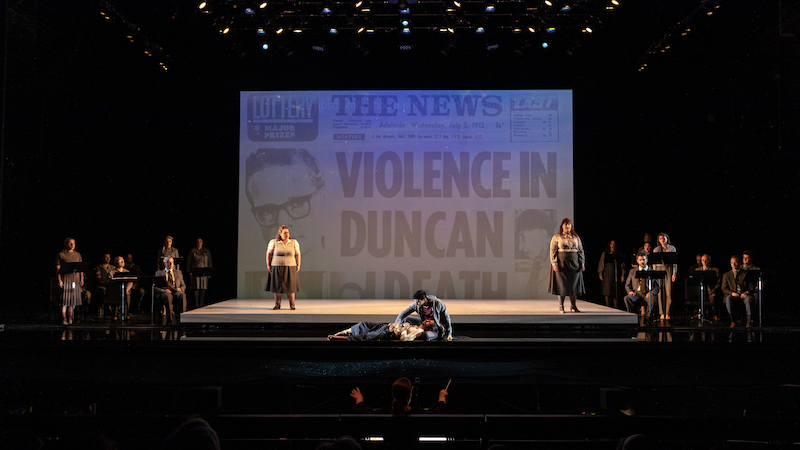 Watershed: The Death of Dr Duncan

The world premiere of Watershed: The Death of Dr Duncanat the Adelaide Festival is something of a pilgrimage for victims of homophobia and their loved ones. The students of the University of South Australia have erected a Celebration Rainbow near the cloisters adjacent to the very spot where Dr Duncan’s body was thrown into the River Torrens. It is not dissimilar to the sculpture in Warsaw’s Saviour Square, which right-wing activists...