Ways of Hearing: Reflections on Music in 26 Pieces is a book of short essays that began as a commemoration of the 125th anniversary of Princeton University Concerts, a concert series established at the prestigious US university in 1894. The curators are the series’ Artistic Director Marna Seltzer and long-time members of the supporting committee Dorothea von Moltke and Scott Burnham. 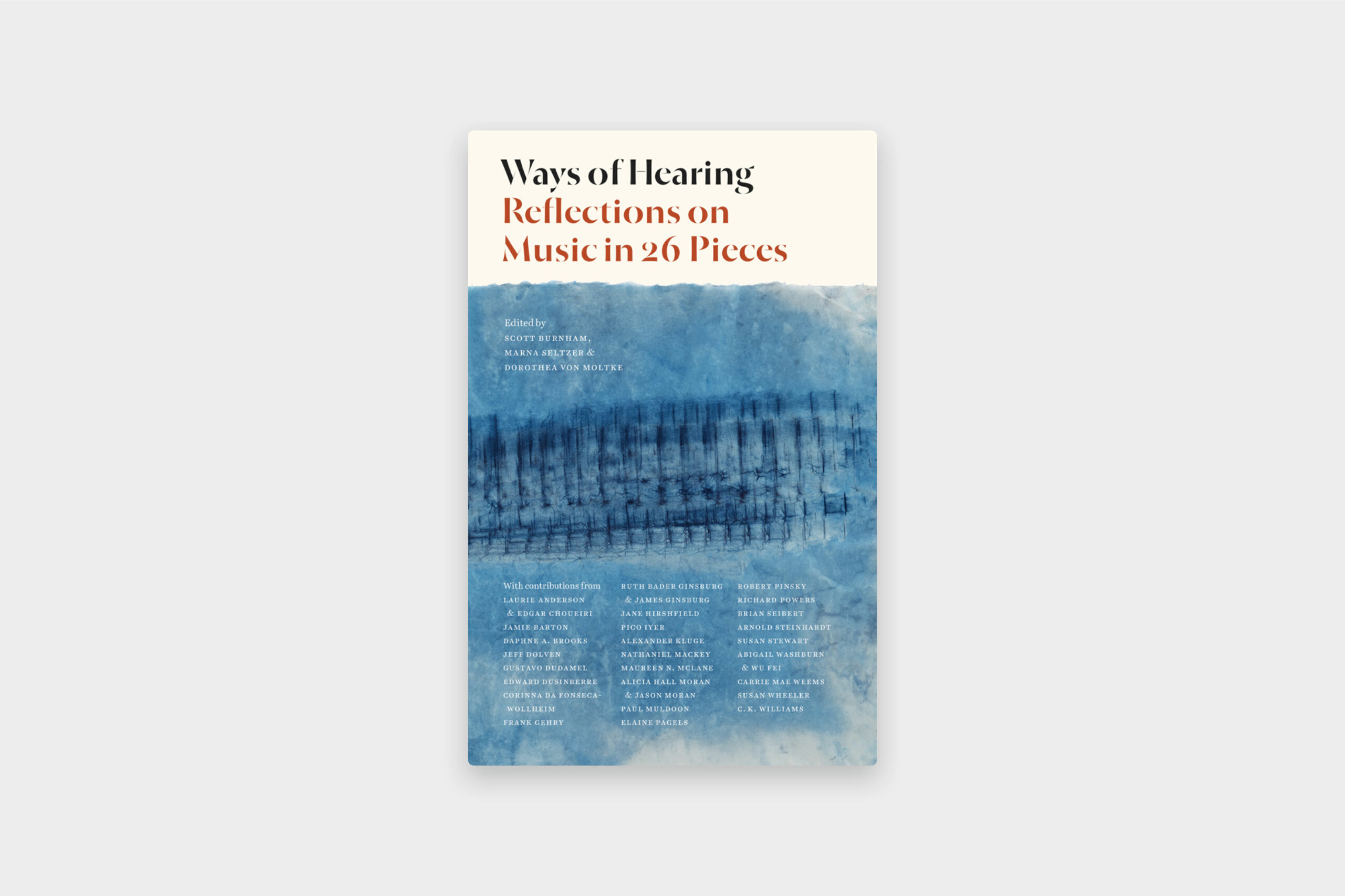 Originally intended as a series of essays on the experience of concert music by musicians and “musical thinkers”, the project took off and now spans genres from classical music to pop, with essayists from Richard Powers – whose novels are infused with music, and who writes about the role that music, and particularly Bach, has played in his life and relationships – to the late Supreme Court Justice Ruth Bader Ginsburg, who discusses music and family in an interview with her son James Ginsburg.