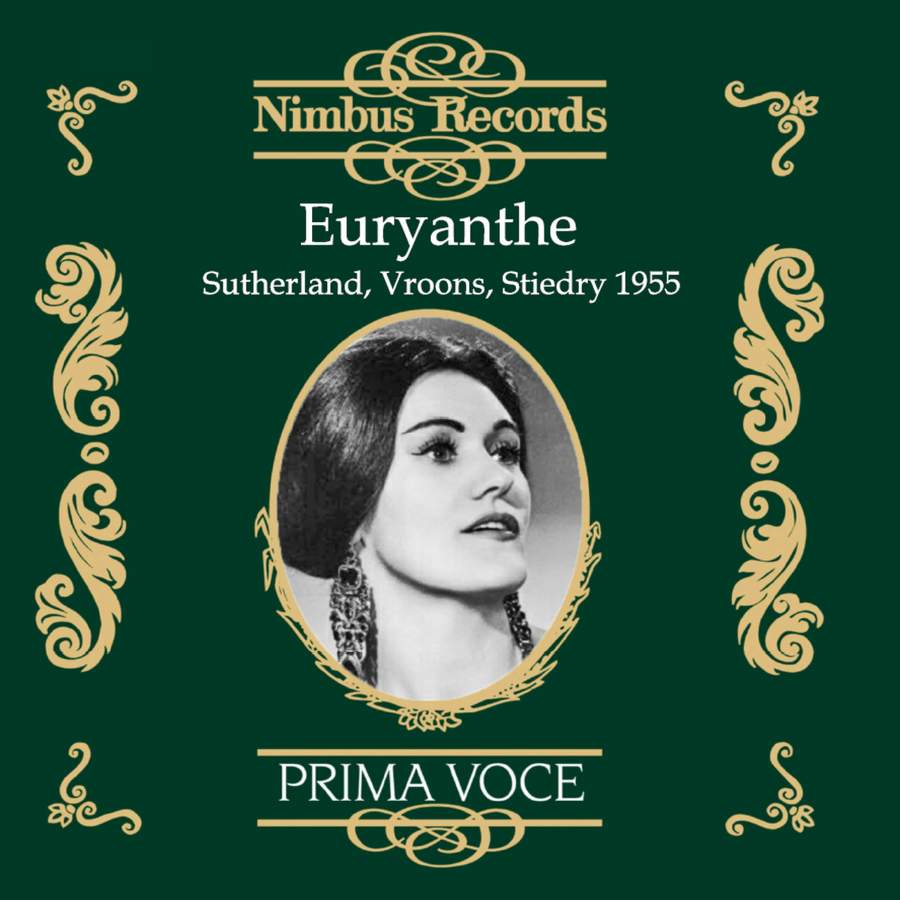 This 1955 BBC broadcast is an important historical document, capturing Joan Sutherland’s only essay of the title role. It’s a pity, because it’s a lovely showcase for the most winning aspects of her soprano. The limpidity of the voice, as well as its warm, feminine quality and formidable breath control, are on ample display here, and her diction is generally good. She also displays a surprising amount of dramatic intensity as Weber’s put-upon heroine, investing her scenes with real pathos and urgency – Zu ihm, zu ihm! is dispatched with a visceral desperation, and she achieves a nice rapport with the woefully underrecorded Frans Vroons as Adolar.

Vroons is well-nigh perfect in the role, his tenor capable of both ardent lyricism and heroic power. His solo moments are to be treasured. As the evil Eglantine, mezzo Marianne Schech is largely unmemorable, with an unfortunate tendency to become shrill under pressure. As the work’s other big bad, Otakar Kraus is happily more compelling, his Lysiart attaining near-tragic dimensions in the great scena Wo berg’ ich mich? He turns in the most complete portrayal, skilfully conveying the character’s inner torment, while Kurt Böhme’s incisive way with the text establishes the appropriate gravitas for Ludwig.

Rendered here in decent sound, the BBC Symphony Orchestra under Fritz Stiedry is remarkably idiomatic, bringing out the inventiveness and colour of Weber’s score.

Punchy, period approach works wonders, but what’s with the highlights?

A visual feast for opera buffs and sticky beaks alike.