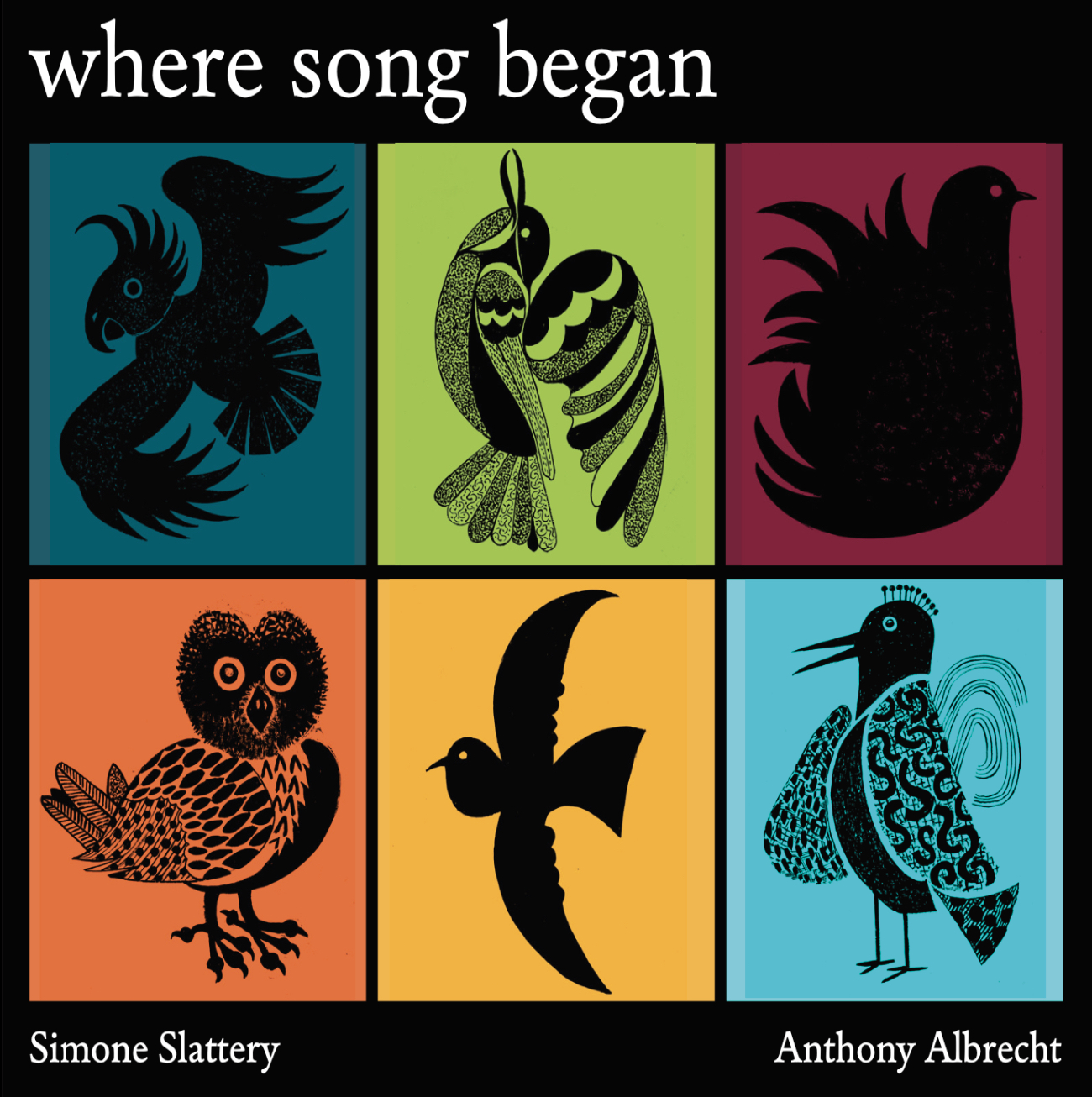 As I write, fires are ripping through Australia’s bushland, a devastatingly fitting context for Where Song Began, an album that pays homage to our country’s wildlife. Its artwork is utterly charming: David Lancashire’s colourful illustrations and Muneer Al Shanti’s photography provide complementary perspectives of nature. In the notes, biologist Tim Low offers words about Australia’s songbirds.

The album opens with distant chirps and whistles, before Simone Slattery’s breathy chant places her at one with nature. Eventually, the familiar string textures of Pärt’s Fratres can be heard, but all the while, the birds’ soundscape persists. Sarah Hopkins’ Reclaiming the Spirit seems to position the cello itself as a bird. Anthony Albrecht’s extended techniques bring life into his instrument, at once mimicking birdcalls as well as the bassy hum of a didgeridoo. The Lark Ascending here receives an Australian treatment as cockatoos herald the string melody; while Chris Williams’ bird, songs, seas sends us closer to sounds of the ocean.

There isn’t enough space to provide adequate praise for each of these works. Further highlights include David John Lang’s Anthochaera Carunculata in which the man-made instrument sounds like a creature darting between the birdcalls; and the culminating Yorta Yorta hymn, Ngarra Burra Ferra’s moving “story of hope and defiance”, as singer Simone Slattery describes in her notes. Spectacular.

Tuning into the paintings of Clarice Beckett

Musicians Simone Slattery and Gabriella Smart have created aural responses to the Clarice Beckett exhibition at the AGSA, leading to live performances and a recorded soundscape in the Gallery.

Where Song Began: the musical legacy of Australia’s birds

Leading the pilgrimage to the bush: two cellists, Anthony Albrecht and Rachel Johnston, are trekking though rural and remote parts of Australia.