Blind drunk at a college party, a blonde-haired, sweet-natured college freshman passes out in a bedroom with the guy she was making out with. The next morning, she finds semen inside her. The girl’s new friend, a strong-willed dual heritage student rep called Nikki, learns about the assault. She goes to the college master, a feminist icon of the Reclaim the Night movement, but is rebuffed with firm advice on ‘correct procedures’ and threatened with security when she refuses to leave. So, Nikki writes about the incident in the student newspaper, without disclosing names, accusing the college of rape culture and racism.

The freshman, Paige, didn’t even want to call what happened to her rape. 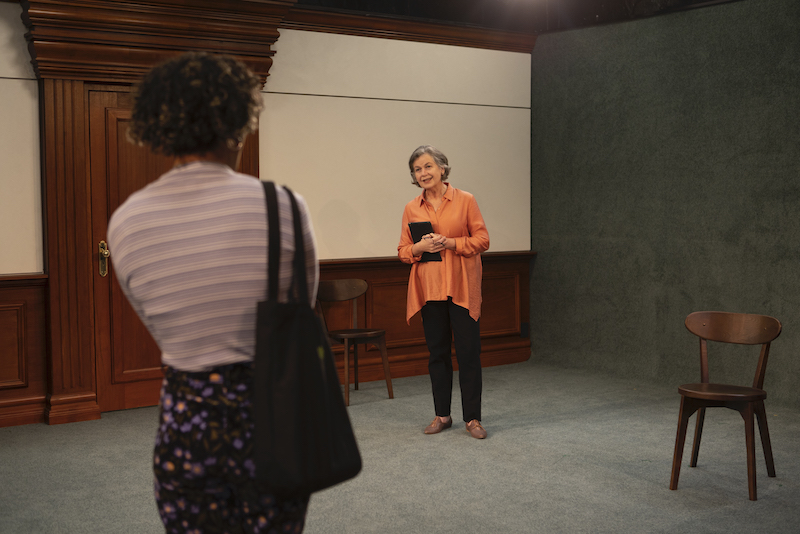 From this simmering bed of conflicting personal and institutional interests builds Kendall Feaver’s densely layered, provocative and sobering new play Wherever She Wanders. Performed almost 30 years after Helen Garner’s The First Stone inflamed debate, and using a richly seamed intelligence, it grapples with the messiness of the lived realities of consent, assault and sexual freedom, and how they have been weaponised in an ideological, PR-driven war in which nuance is lost, stakes are high and the collateral damage of good intention can be unaccountably dear.

Over two-and-a-half heart-sinking hours of sterling performance, we see otherwise kind-hearted characters turn each other into manoeuvrable pawns to advance or protect their agendas. Nikki, who chooses to keep silent on her own experience of sexual assault, convinces Paige to publicly self-identify as the victim in the article, and to name the student who raped her. Feeling themselves on the cusp of real change, they start a website for women around Australia to share their stories, and start posting viral videos of themselves rapping lyrics from the misogynistic songbooks of old college boys. The mother of the alleged rapist (now on suicide watch) tries to convince Nikki, a non-white male peer on a student visa (Mark Paguio), as well as Mulligan – the first female master of the college – to use their voice to change the public narrative on her son. Mulligan is meanwhile pressured by the board to make a statement of solidarity with the two women to detract from and defuse the scandal.

You’re thrilled about it, Mulligan accuses Nikki of Paige’s rape. Years ago, a young woman died just at the moment she herself was searching for a way to enact meaningful change. “What a convenient thing to happen,” says Mulligan sourly. 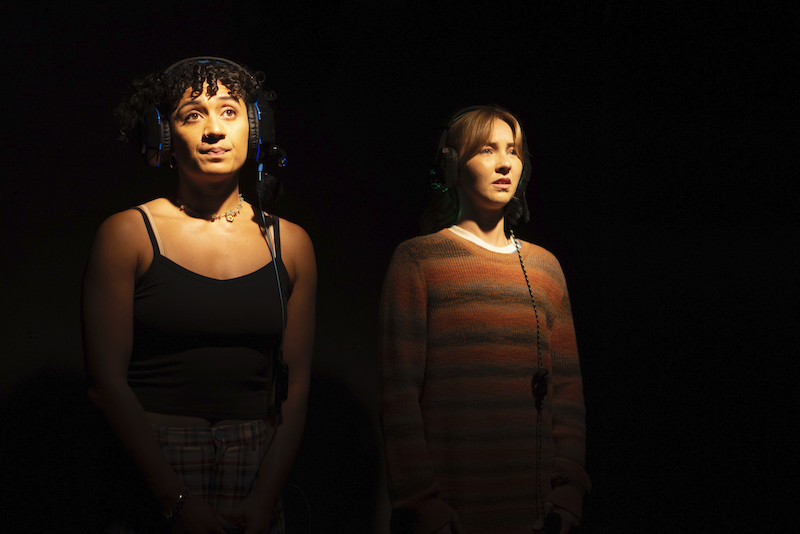 Wherever She Wanders has had a long gestation period – written over several years, and with the premiere at Griffin Theatre cancelled three times due to the pandemic. By an uncanny coincidence, the story bears striking resemblance in its plot and themes to a newly published and thunderously received novel called Love & Virtue by Diana Reid. Both are highly topical thought experiments on the ethics of social progress, which centre on an impassioned young college student using – without permission – her friend’s experience of assault for a public campaign against rape culture on campus.

Who has the right to define their experience and own their narrative, and what does it mean when this right is violated? Is it even possible to defend in the digital era? Can we really trust that the plurality of #MeToo voices amplified online will scuttle the patriarchy from tradition-locked institutions? What other recourse is possible for young women today, when the momentum for change is so great? What sacrifices are justified by the ends?

Both works raise these questions, and – while they don’t resolve them – land powerfully and cynically. Arguably, Feaver’s play convulses even more with the complexities of those who find their agency and identity completely overwhelmed by a story they thought they had control over. By the end, almost all parties are jaded, traumatised and alienated, with friendships broken and careers lost.

Despite doing and saying some pretty reprehensible things, there is a great deal of compassion reserved for each character of this play. Feaver has written into each very recognisable human frailties, which the whole cast embodies to their edges. Emily Havea is a galvanising presence on stage as the fiercely determined Nikki, and Fiona Press is her brilliant foil as a disillusioned feminist, emerging proud yet bitter from her own exhausting fights. Tony Cogin, who plays the Chair of the Board, puts a charming face on settled weaselly privilege, and Paguio gives a memorable and sometimes comic interpretation of Malaysian student ‘Gerry’, while Julia Robertson’s Paige is exactly the type of archetypal, small-town girl innocent you’d expect to be caught up in all this. In a dextrous twist, Jane Phegan plays both the mother of the accused and the accuser – two women determined to protect their children. 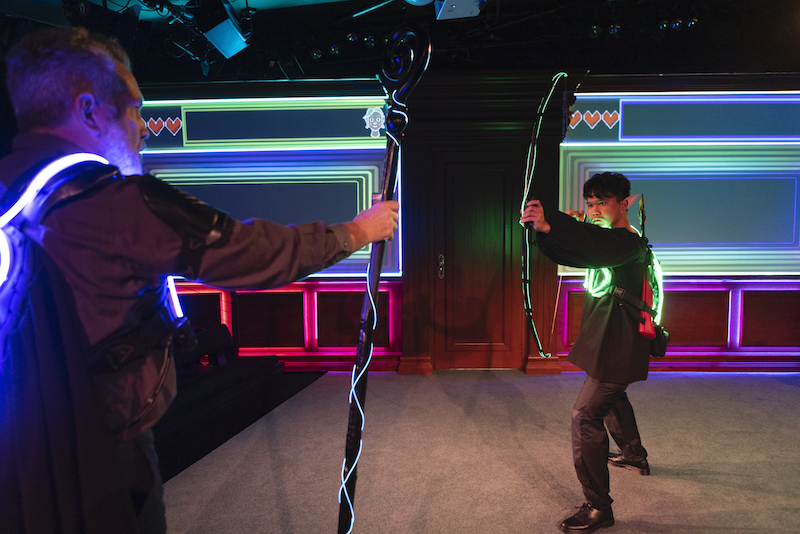 While the play’s themes are weighty, neither of the two acts feels oppressive under the fiery direction of Tessa Leong. Some of this weight is also leavened by Ella Butler’s creative design and the staging of Hannah Crane. When, for instance, Paige refuses to talk to Nikki, the latter approaches her on the virtual plane, with the male actors appearing as their gaming avatars. One a wizard, the other an elf, and each illuminated in neon breastplates, they bob gently and brandish their weaponry. Here and during other select moments throughout, there’s a welcoming if temporary tonal shift.

A case for uncertainty in a world white-knuckled on convictions, Wherever She Wanders demands discomfort and discussion. I saw it alone and, afterwards and during intermission, I found myself feeling unexpectedly vulnerable. I suspect it has lodged itself in a largely unvisited emotional hollow, where it will reproduce its ache whenever I think about it. It’s not uplifting or inspiring (words so many theatre works hang their marketing on), but it is masterfully affective.

Go see it with someone you trust with open, difficult conversation, if you can.

Wherever She Wanders plays at the SBW Stables Theatre, Darlinghurst until 11 December.