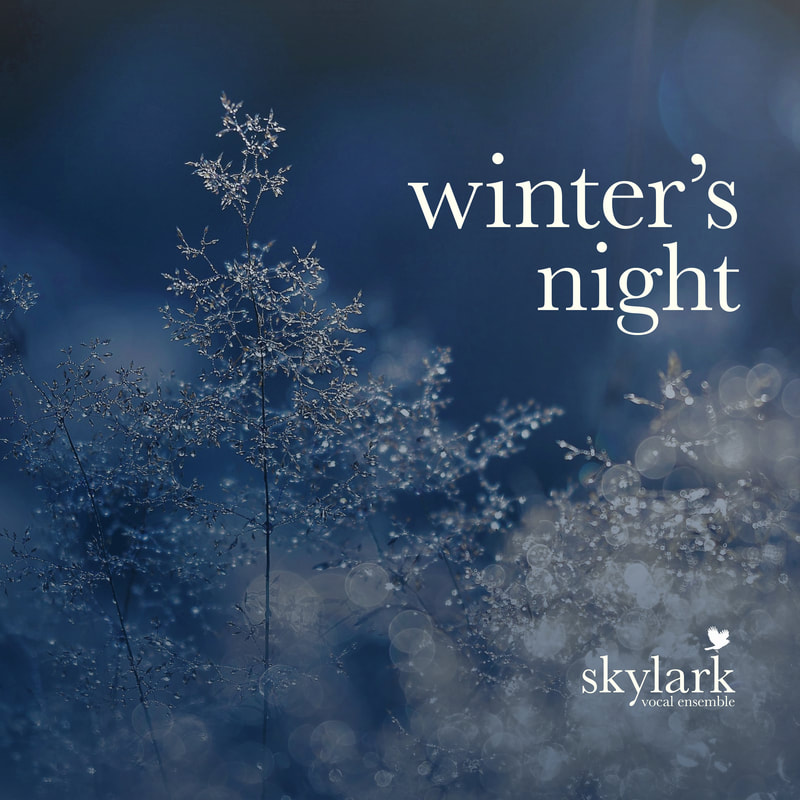 Here’s a pretty thing indeed for fans of acapella choral music who want to listen to something just a little bit different at this time of year. American vocal ensemble Skylark was founded in 2011 and this, their third recording shows the same attention to thoughtful programming as Crossing Over, their imaginative CD of music inspired by the idea of near death experiences.

In 1933, the little-known German composer Hugo Distler wrote Die Weihnachtsgeschichte, a Christmas cantata that incorporated seven variations on the medieval carol Es ist ein Ros entsprungen (often known in English as A Spotless Rose). Winter’s Night intersperses Distler’s seven variations with complementary Renaissance motets or carols by 20th-century composers who were themselves inspired by the music of the past.

Distler committed suicide in 1942, unable square his devotion to God with the horrors of the Nazi regime, and Skylark’s choices to place alongside this accomplished music are appropriately reflective rather than celebratory. The liveliest work here is John Tavener’s Today the Virgin – how refreshing to find a choir looking beyond the seasonal ubiquities of The Lamb – while other works include a radiant account of Herbert Howells’ A Spotless Rose, Peter Warlock’s magical Bethlehem Down and Elizabeth Poston’s Jesus Christ the Apple Tree. Each proves a welcome point of rest after one of the increasingly sophisticated Distler works.

The Renaissance works include some world premieres as well: Allegri’s Salvatorem Expectamus exudes a simple melodic strength and is a real find, as is the glorious 12-part Salve Regina by Giovanni Bernardino Nanino. The first Distler variation is preceded by a striking, harmonically blossoming account of Corde Natus Ex Parentis, the early plainchant upon which the German Es ist ein Ros entsprungen is based.

Other works include Villette’s Hymne à la Vierge, Mouton’s evocative Nesciens Mater, Reginald Jacques less-commonly heard melody for Away in a Manger and Marie berçant l’Enfant Jésus, another premiere of a work by Parisian organist and composer Georges Dupuy de Méry, a contemporary of Duruflé.

The choir of 12 blend perfectly, their fresh, enthusiastic approach is pleasantly low on vibrato and owes something perhaps to the aesthetics of Anonymous 4 in their prime. There’s little ‘churchy’ and certainly nothing ‘artful’ going on here, and yet Skylark capture the essential spirit of these diverse works, drawing the listener in to embrace the message behind the music. Soloists are mostly excellent to fine. I’ve perhaps heard a more forceful Nesciens Mater (try Gardiner on SDG), but the Allegri and Nanino would be heard to beat, and the Tavener is a moment of pure joy.

Winter’s Night is the perfect album for any adventurous soul who fancies spending an hour reflecting on the mystery and pacific message of the Nativity. Beautifully recorded in the warmly resonant acoustic of Chestnut Hill’s Church of the Redeemer, this is an album I’ll be playing a few times this Christmas.

Review: Once Upon a Time (Skylark Vocal Ensemble)

Fairy tales meet up with choral works and definitely go to the ball.