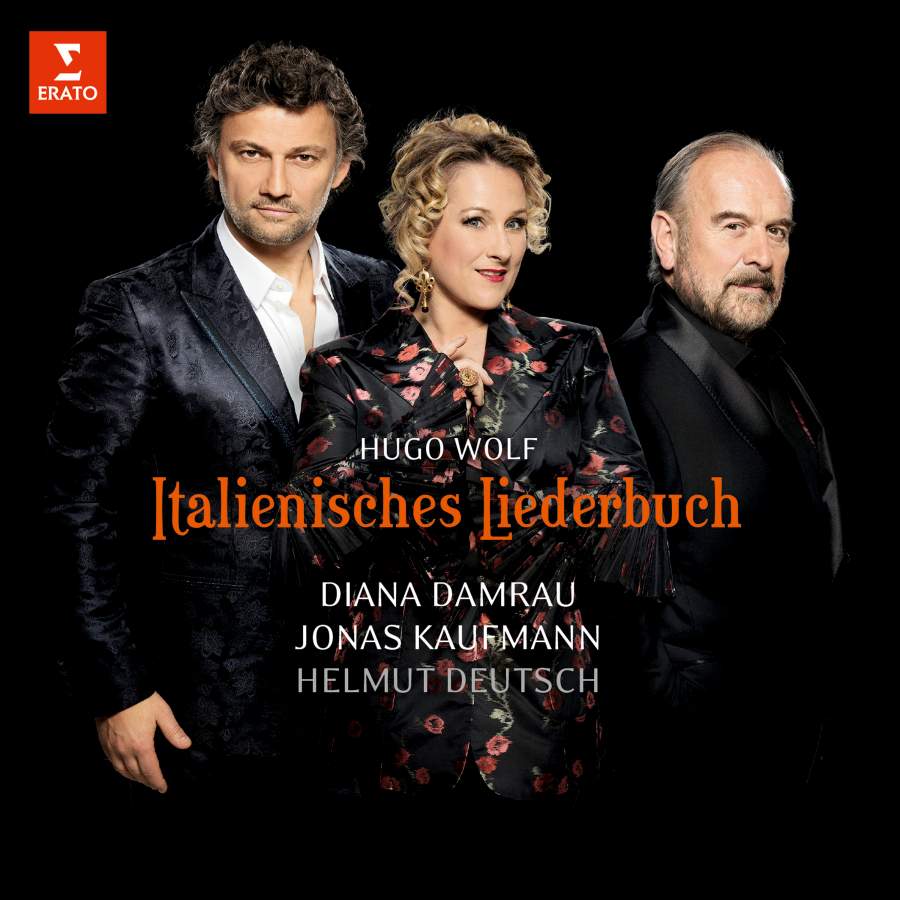 Schwarzkopf and Fischer-Dieskau, Baker and Shirley-Quirk, Upshaw and Bär and now Damrau and Kaufmann. The charismatic German pair are the latest to try their hand at Wolf’s vivid musical vignettes, and they don’t disappoint. Recorded live in concert last year, their beautifully idiomatic delivery and subtle handling of the text is matched by their natural rapport – you feel as if you’re eavesdropping on a playful lovers’ tiff or intruding on something unspeakably intimate at times.

While Kaufmann may not have as many colours as Fischer-Dieskau (few did or do) and Damrau is not especially sumptuous of tone (her gift is a diamantine clarity), they navigate the twists and turns of Wolf’s chromatic, translucent style with aplomb. Though the soprano can be a touch too coy in some songs, she’s never anything less than compelling, and there’s always a sense of underlying insecurity or hurt in some of the snippier exchanges. Was soll der Zorn is a good example: Damrau’s heroine is wounded, yes, but she’s also high on the melodrama of it all, feeding off Wolf’s opulent writing for piano.

Happily, an open sincerity is at the soprano’s fingertips too. Mir ward gesagt is imbued with a desperate melancholy, while the Italianate Mein Liebster singt am Haus is throbbingly expressive. She’s also technically savvy, mastering the tricky harmonic changes of Wer rief dich den, and up for playing the flirt – see the cheeky teasing of Nein, junger Herr.

She’s in inspired partnership with Kaufmann, whose lyrical intensity and velvety warmth suits Wolf uncommonly well. The tenor’s superb dynamic control is also on full display here – every bit the romantic leading man, he offers up exquisite conversational tones until the listener is enveloped in the intimacy of his confessions. His soft-grained but fervent Und willst du deinen Liebsten sterben is one such example, as is his deeply inward reading of Sterb’ ich. The sense of wonder he brings to Heb’ auf dein blondes Haupt is lovely, and if that all sounds a bit earnest, rest assured he can mug just as outrageously as Damrau. See the notorious Geselle, soll’n wir uns in Kutten hüllen for his memorable depiction of lecherous monks.

Finally, pianist Helmut Deutsch is no third wheel (in musical matters at least – check out the CD booklet for a giggle). His quicksilver and understated playing knowingly deflates the sometimes weighty bathos of these songs, and he has a magical ability to establish scenes with just a few notes. Like Damrau and Kaufmann, he is master of the finely observed detail. One for the collection.

The queen of bel canto turns her attention to Donizetti's rival queens.

Seasoned old mates take us to their Lieder for a blissful hour.

It’s back to Vienna again for Kaufmann’s latest operetta-fest.

A night with Herr Kaufmann is undoubtedly one well spent.

Given time, Kaufmann’s Moor will likely be more the merrier.

Kaufmann journeys back in time for his best solo disc in years.

Kaufmann isn't the only thing that impresses in a superlative night of Wagner singing.

If the musical night sky could be said to be littered with the glittering trails of falling stars, perhaps no single composer has fallen quite so far and so fast as Jacob Liebmann Beer (1791-1864), or Giacomo Meyerbeer as he came to be known. The darling of the Paris Opéra for 25 years as a result of the enduring success of Robert le Diable with its infamous ballet in which a graveyard full of deceased nuns rise up to cavort in the moonlight, the German-born Meyerbeer went on to dominate the French opera scene with a string of romantic and historical blockbusters such as L’Africaine (where the heroine expires from the scent of a deadly tropical tree), Les Huguenots (in which the three principals are simultaneously shot by a chorus of murderers), and Le Prophète (where the final scene calls for the entire cast to be blown up with gunpowder!). Within a decade of his demise, however, Meyerbeer began to suffer an almost total eclipse, a victim of his over-the-top plots, the new music of Wagner and his followers, and, some would suggest, prey to the nasty brand of anti-Semitism that came to a head in the dying days of…

Michael Honeyman discusses his debut as Amfortas in Parsifal