Žibuoklė Martinaitytė (b. 1973) grew up in the former Soviet Union and was in her late teens when her Lithuanian homeland re-established its independence. She graduated from the Lithuanian Academy of Music and Theatre in Vilnius in 1997 after studying composition for seven years and, following a series of international residencies and further studies, is now based in New York City. 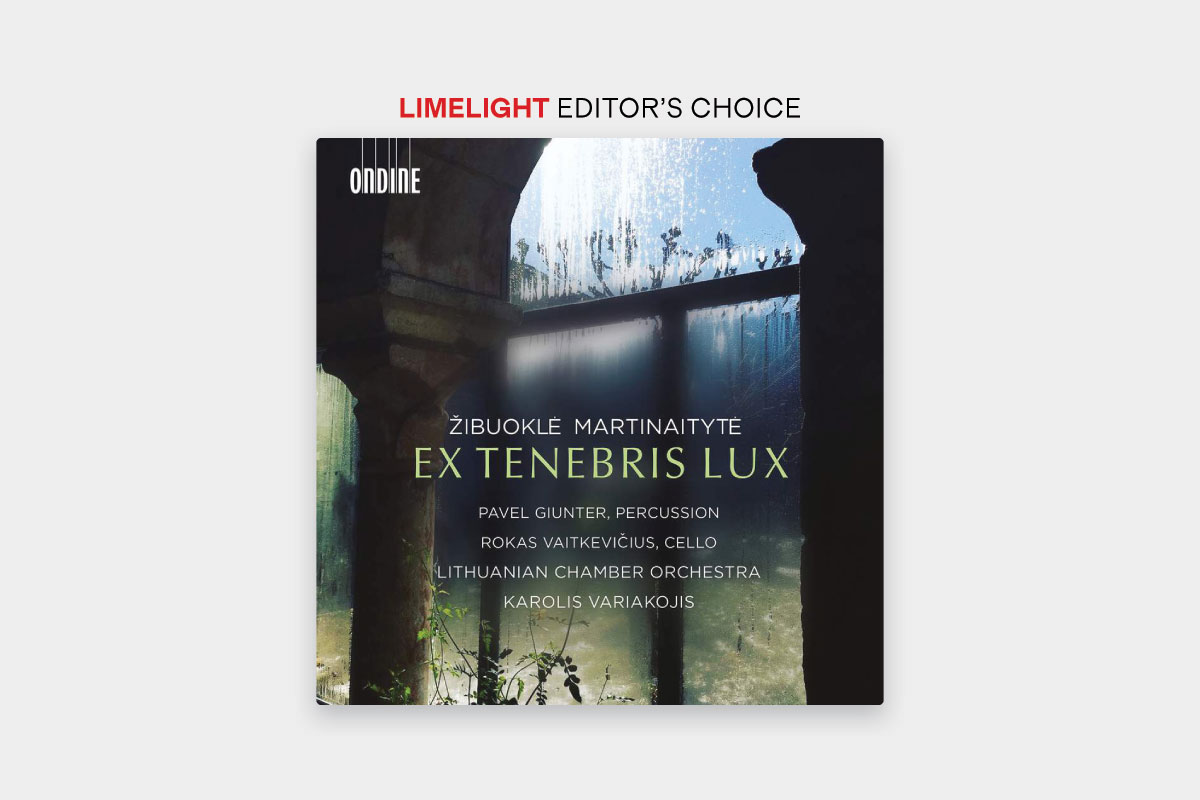 Ex Tenebris Lux is Martinaitytė’s second release for Finland’s Ondine label, and in contrast to the largely orchestral Saudade (2021), comprises works for string orchestra. It opens with Nunc fluens. Nunc stans. (2020) which translates roughly as ‘the now that passes creates time; the now that remains creates eternity’. This descriptor is perfect for a work that from its opening strains draws the listener into a sound world where time is suspended, hanging with infinite fragility on gossamer threads. It makes particularly wonderful use of harmonics, which shimmer on waves in space. Ex Tenebris Lux (2021) ‘from darkness comes light’ inhabits similar territory, with palpable tension and foreboding.

Sielunmaisema (2019) is a four-movement work structured around the seasons and Martinaitytė’s internal responses to them. This is extraordinary music with a harmonic language all Martinaitytė’s own: powerful, minimal while immense and unutterably beautiful. It is all the more impressive for the range of textures, timbres and emotional subtleties elicited almost solely from stringed instruments. As a point of reference, abstracted string works by Arvo Pärt unfolding with even greater unhurried stillness might get close.

The recording is consistent with Ondine’s usual impeccable standards; these deeply nuanced performances by the Lithuanian Chamber Orchestra under the guiding hand of Karolis Variakojis are captured in spectacular sonic detail in massive and luxuriant space.

A pianist responds as Vasks holds a mirror up to nature.