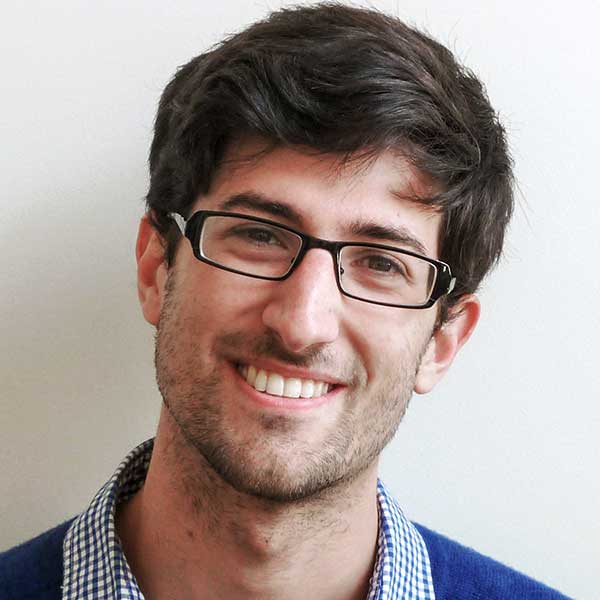 Andrew Aronowicz is mostly a composer, but sometimes writes words. He has had performances with the Tasmanian and Melbourne Symphony Orchestras, and was a 2013 Australian Youth Orchestra Fellow, which is how he met the lovely people (his words) at Limelight.

Of all the oddballs in classical music, the French composer Erik Satie surely takes the cake. He was an artistic visionary and a bona fide eccentric, a friend to occultists, surrealists, and Dadaists, and a self-dubbed ‘phonometrist’. To describe him as ahead of his time would be something of an understatement. He wrote furniture music and produced a string of other musical experiments that prefigured Postmodernism. London-based Japanese pianist Noriko Ogawa has recorded Satie’s complete set of works for piano for Sweden’s enterprising BIS label, and in this second volume there’s not a Gymnopedie in sight – not even Je te veux. The curious listener will gain a more rounded understanding of this very unique genius through works like the Sports et Divertissements (Sports and Hobbies), and Préludes Flasques pour un Chien (Flabby Preludes for a dog). The Trois Préludes du Fils des Étoiles (Three Preludes from The Son of the Stars) are particularly interesting, sounding as though they might have been sketched by that other French musical dreamer, Olivier Messiaen. The disc is almost entirely composed of miniatures and, whether strange or serious, each gives a perspective on Satie’s musical nature: mock-traditionalist, austere, and reverent, with his curious mixture…

The Music in Exile series is a fantastic initiative by Canadian group ARC Ensemble (Artists of the Royal Conservatory). A spotlight on composers of suppressed music during the rise of Nazism, the most recent in the series looks at the chamber works of Paris-based Polish composer, Szymon Laks. Musically, Laks was something of a more cosmopolitan Bartók, with notes of Hindemith, Poulenc and even Prokofiev peppering his language. His works are infused with tuneful confidence, and many, particularly the Piano Quintet, draw on Polish folk tradition. The performances on this disc are all crystal clear, capturing the fine lines of Laks’ calculated counterpoint. Much of the music is light, and upbeat in character, with the works including winds having particular bounce. This is music in stark contrast to the darkness of the war, during which Laks was imprisoned at Auschwitz. In the midst of the terror of the Nazi regime, music might have been a light of hope, especially for those at Auschwitz. The camp had a few ensembles, and at one point Laks was appointed conductor of the men’s orchestra. Laks’ testimony, however, was that music provided little in the way of comfort: “In no case,” he said, “did…

Umberto Clerici uses Bach's Cello Suites as a kind of platform to explore the experience of a solo cello suite: its pacing, progression of tempi and mood, dance character, and dramatic flow.

German violin virtuosa Isabelle Faust and Russian pianist Alexander Melnikov have released an extensive list of recordings of chamber works by Beethoven, Brahms, Schubert, Schumann, Shostakovich and Weber. This, their most recent release, sees them dabbling in French repertoire, with two works by French romantics César Franck and Ernest Chausson. Franck and Chausson really are a perfect complement to each other. Both composers inject the same kind of lyricism and harmonic drama into their music, Chausson lying somewhere between Franck and Debussy in terms of style. This recent recording sees the pairing of Franck’s classic Violin Sonata with Chausson’s Concerto for Violin, Piano and String Quartet, Op. 21. The Chausson is less well known than the Franck, but is nonetheless a wonderful example of chamber music at its most intimate and dynamic, and sees Faust and Melnikov joined by the Salagon Quartet. Faust’s signature silky, gauze-like tone colour is on fine display throughout the recording, though particularly in the Franck’s fragile third movement, and Melnikov’s light touch on the c.1885 Érard piano lends a sense of period authenticity to the performance. The reading of the Franck Sonata captures all of its dreaminess and nonchalance, balanced nicely by more rugged displays…

With so many versions of Alma Mahler, the facts are often difficult to separate from the fiction.

Ravel called his glittering score to Daphnis et Chloé a ‘Symphonie choreographique’: essentially a ‘symphony with dance’, the perfect description for a work of such majesty, where the music really is centre-stage. The score is usually segmented into three suites for concert performance, making a hearing of the full version all too rare a treat. Thankfully François-Xavier Roth with period instrument orchestra Les Siècles and Ensemble Aedes deliver the full ballet on this recent release with Harmonia Mundi, with the most stunning results. The exact date of inception of Daphnis et Chloé is somewhat disputed, but the original commission came from Diaghilev, for the prestigious Ballets Russes. The composition was fraught with challenges, mainly due to creative differences between Ravel and the choreographer, Michel Fokine. After numerous revisions and a delayed premiere, the ballet finally opened in June 1912, almost a year before Parisian audiences would be scandalised by the riot over Stravinsky’s vicious Rite. Underscoring the ancient Greek tale of a pastoral romance between a shepherd and shepherdess, Ravel’s music is languorous and enchanting, shimmering with lush orchestral colour, and worlds away from Stravinsky’s pulsating nightmare. The beginning and third part are mostly relaxed, dreamy episodes, framing the dramatic…

Naming your ensemble after a composer creates high expectations when it comes to performing their music, but the London Haydn Quartet certainly don’t disappoint. Brought together through their shared love of Franz Joseph’s string quartets, the group is distinguished from similar ensembles by its period approach to ‘Papa’ Haydn. They’ve spent the last 20 years devoted to the composer’s extensive canon. And having recorded Haydn’s five previous sets of quartets on the Hyperion label, the LHQ is releasing its sixth disc, featuring the Opp. 54 and 55 sets, known, along with the Op. 64 set, as the ‘Tost’ Quartets. The LHQ approaches these performances with detailed consideration for every stroke of the bow. Haydn’s ensemble textures are treated like shapely, rounded surfaces brimming with character, the quartet balancing the most delicate moments with passages of real athleticism. Haydn delights in every quartet, particularly during the gypsy-inflected Op. 54/2 second movement, where first violinist Catherine Manson’s rich yet playful reading shines. More treats lie in store in the sparkling presto finale of the Op. 54/3 quartet, and the minor to major journey of the Razor Quartet, Op. 55/2. Haydn’s quartets were celebrated for not just spotlighting the first violin, but for…

The six volumes making up Bartók’s Mikrokosmos series are often appreciated mainly for their pedagogical intent. But dynamic French pianist Cédric Tiberghien is out to demonstrate just how expressive and individual these short etudes can be, and that they may offer insights into Bartók’s compositional practice.   With this disc, Tiberghien investigates the fifth book in the series. It contains miniatures devoted specifically to technique, such as ‘chords together and in opposition’, ‘alternating thirds’, and ‘syncopation’. But there are numerous other works, which spotlight Bartók’s transformation and adaption of Eastern European folk material. There are also plenty of simply gorgeous musical moments, as in the fourth miniature, Boating, which undulates with dreamy modal harmonies.   Also on the programme are the Romanian Folk Dances, which are some of Bartók’s most well-known compositions, particularly in their incarnations for violin and piano, and for orchestra. The piano arrangements permit plenty of flexibility in interpretation, and Tiberghien’s readings are full of fun and energy, with a refreshingly free approach to tempo. The Bagatelles are fascinating. Composed in 1908, they demonstrate a composer (not yet 30) with an innovative harmonic imagination, looking to bend the rules inherited from the Romantic period. Tiberghien negotiates the…

In a night of juxtapositions, the ACO moves in for the kill with a rapturous array of music from Heaven and Earth.