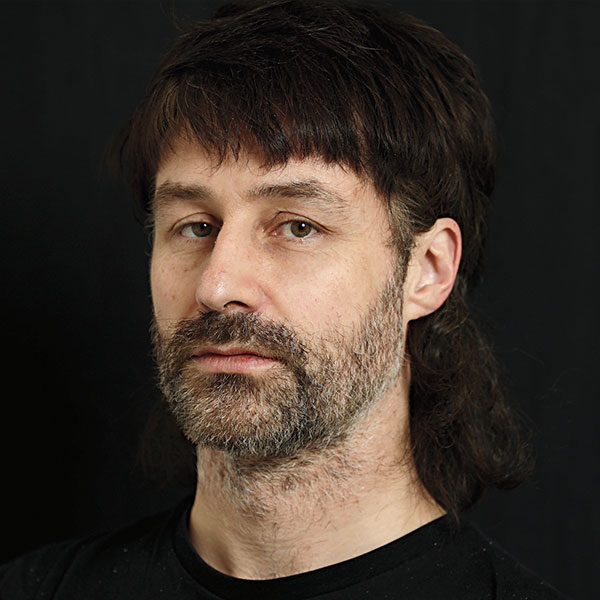 Julian Day is a composer, artist, writer and broadcaster living in New York. He has written for Limelight, Runway, Un Magazine, Leonardo Music Journal, Tempo and Contemporary Music Review, and has presented work in the Adelaide Biennial of Australian Art, Asia Pacific Triennial and Bang On A Can Marathon.

Lavish collections of Australian composers’ orchestral work are sadly all too rare, making this is a disc to be treasured. It contains four substantial works by Richard Mills written over a two-decade period, beginning with 1989’s Bamaga Diptych and progressing chronologically to 2008’s Symphony of Nocturnes. Richard Mills has long enjoyed a multifaceted career; he first rose through the ranks of the orchestra as a percussionist before making a name as a composer and conductor. His commitment to Australian music has been profound, cemented recently by his exhaustive 20-disc Australian Composers Series leading the Tasmanian Symphony Orchestra, so the dedicated focus here on his own music is well deserved. The works here are classic Mills: sweeping and confident, full of malleable shapes and exotic turns of phrase. His renowned magic as an orchestrator is abundant here, with bold colours reminiscent of Ravel and Stravinsky shining through each score. To my ears there is little precedent or parallel for this kind of music here in Australia, although perhaps the lush romanticism of Richard Meale and the energetic optimism of Carl Vine come close. As always with Mills there are strong elements of fantasy and imagination at play, with nods towards the…

This is an outstanding new Australian release, a beautiful and moving disc. Liminal is somewhat reminiscent of the “holy minimalism” of Górecki and Tavener, recorded with clean resonance. Beneath the liquid surface, however, lies an undercurrent of just-contained fire.  Nick Tsiavos is a very active Melbourne double bassist and composer; he’s one of those quiet achievers whose work you may have heard without knowing it. His music is a fusion of ancient Byzantine chant, European jazz, minimalism and the free-form exuberance of ’70s rock. The eight pieces here draw together two strands of his work. Earlier discs like Transference, recorded late at night in a giant incinerator, comprise rich yet understated solo improvisations. By contrast, his quintet Jouissance reinterprets medieval and renaissance music within a contemporary frame.  The opening track here, Axion estin, sets the tone – resonant bells and long-stretched bass notes support Deborah Kayser’s ethereal voice. The Shaman Dances are more exuberant and catchy. The stylistic range of these performers is extraordinary and the production is sublime.

For many composers the 20th century was an era of paranoia. For some, particularly in Europe, the paranoia was about survival. Mostly, however, the paranoia was aesthetic; after the fall of tonality all doors were open. Which notes to use? How many notes to use? Whose notes to use? When to use them? Polish composer Witold Lutoslawski developed his own very individual response to this problem with a technique he called “limited aleatorism”. Instrumentalists would play their own carefully notated parts in their own time and at their own pace, cued by a conductor, creating a spaciousness and depth that is refreshed by every performance. You can hear this in the two masterful later works on this disc, both from the 1980s. Chain 3 and the Symphony No 3 are inventive and free, their constantly shifting branches teeming with life. The much earlier Concerto For Orchestra (1950-54), Lutoslawski’s first big hit in the West, is a different beast. It’s colourful, clever and compelling, threaded with references to Polish folksong – but compared to the later works sounds at times a little academic. What frees it is its energy; the flourish of the dance (a remnant of the composer’s years as…

In a clever nod to Chopin’s Minute Waltz, Ford compiled a whole hour’s worth of his own ‘minute waltzes’. It’s a great idea which makes for an engaging and surprisingly rich disc. Like many of Australia’s best composers, there’s an unresolved complexity in Ford’s thinking. You can often hear his different influences competing openly with each other: English music, folksong, rhythm and blues, 20th century modernism. Perhaps ironically, a collection of miniatures such as this allows him, and us, to unpack these strands and gain a deeper understanding of what makes him tick. Spanning such a long period, the project became a kind of default diary. One speculates on the personal meanings behind each title, especially the Finnish ones (Ford met his Finnish wife during this time). The emotional and stylistic breadth is both The Waltz Book’s strength and its underlying risk. Ford’s approaches to the waltz vary dramatically, often from one piece to the next. The gorgeously tender It’s Dark in Helsinki is tailed by the almost obnoxious Mad March Days. The interleaving Invocations are Webernian in their pungency compared to the neo-Romanticism elsewhere. My advice for first-time listening is to savour the disc like a packet of chocolates…

Dubbed the “barefoot fiddler”, Patricia Kopatchinskaja is a young violinist from Moldova. This intimate disc captures her raw energy and stylistic hunger, with a mixture of folksongs, 20th century and contemporary classical works for violin with accompanying piano, double bass and cimbalom. It’s hard not to get swept up in her sheer love of music, her sense of freedom and spontaneity. You hear this especially in the folksongs. Likewise, the fully-notated classical works sound freshly invented. And Kopatchinskaja’s liner notes are as fun and as frank as her playing. Dubbed “the music of my life”, the disc is a family affair. Joining Kopatchinskaja at various points is either or both of her parents, Emilia and Viktor, playing violin/viola and cimbalom respectively. The mix of styles can at times seem a little bizarre, even if the pieces share Eastern European roots. The standouts for me are the folksongs, although they’re complemented well by the more classical outings. Ravel’s Tzigane might be an obvious inclusion and Enescu’s folk-inspired pieces are perhaps a little dry, however Ligeti’s unadorned Duo and younger composer Jorge Sanchez-Chiong’s vignette Crin are gems. Overall, a disc full of vivid colour and confident virtuosity.

An early disillusionment with neo-classical and serial trends helped kick-start a radically minimal approach. This is the latest in a long line of Pärt releases on ECM. It’s difficult, then, not to measure it against his earlier discs, including landmarks like Passioand Tabula Rasa. In such company, I’m not entirely convinced by this album. It contains two relatively recent works, written a decade apart. The first, and more successful, is Kanon Pokajanenfrom 1997. It’s beautiful, classic Pärt – a smooth sound sculpture in which every contour is audible and every line counts. The text is the Canon of Repentance, an Orthodox hymn from the 8th century, sung in Old Church Slavonic. The singing here is gloriously full, transcribing the rich resonance of the Niguliste Church in Tallinn, Estonia. Pärt evidently took his time, spending an “enriching” two years writing it, and it paid off.The Symphony No 4 is a different matter. By its nature Pärt’s music is sparse; however, this piece seems in search of a core. It has all of his trademarks: pockets of sound balanced with silence; high strings; occasional pizzicato flourishes. Yet its greater purpose eludes me. Perhaps it’s the symphonic tag. Part’s previous symphonies were…Continue reading…

Sadly I was forever turned off the soprano saxophone by smooth jazz superstar Kenny G. Not by his success – any instrumentalist who sells more than 75 million albums earns my awe, if not respect. No, it was his effortless frippery and shinily sugared tone that soundly nailed the coffin. Which brings me to that other soprano sax superstar, Jan Garbarek, and his latest pairing with The Hilliard Ensemble. On this, the second follow up to the phenomenally successfully 1994 collaboration Officium, they dovetail what they individually do best – liquefied saxophone improvisations and crisply sung early music – to create a gentle atmospheric fusion. The comparison that springs to mind is of a graffiti artist wandering through the Sistine Chapel and tagging at will. Don’t get me wrong – I’m all for breaking down genres. No, it’s the slack aesthetic and overall lack of purpose that I have a problem with. On the plus side, the recording itself is superb. Like the first two CDs, it was recorded in a richly reverberant Benedictine monastery in the Austrian mountains. Likewise, I cannot fault the technique and expressivity – they are, frankly, sublime. It’s just that overall the venture feels inconsequential.

This disc features string quartets by Bartók, Ligeti and Kurtag. All three are Hungarian, and while each spent formative years elsewhere it was their relationship to their homeland and its often tragic modern history that so significantly shaped them. The biggest name here is Bartók. His Quartet No 4 is a gutsy, primal work whose angular melodies seem freshly plucked from Hungarian soil. Composed in 1928, it could easily have been written by any number of composers today. Clearly indebted to it is Metamorphoses Nocturnes by Ligeti. This is by the young Ligeti, long before the clocks, clouds and absurdist outbursts took over – yet the later composer is not hard to find. The opening gives things away: ostensibly twelve-tone, its cool overlapping chromatic rising scales gradually warping and spiralling mercilessly out of control. The third work is Kurtag’s aptly named 12 Microludes. Barely a minute long each, these hyper-miniatures are restrained yet astonishingly rich, constantly morphing unexpectedly. The works sound impulsive and fresh in the hands of Cuarteto Casals, whose colour spectrum is unusually wide: at times whisper quiet, other times as gritty as a rock band. A brilliant disc.