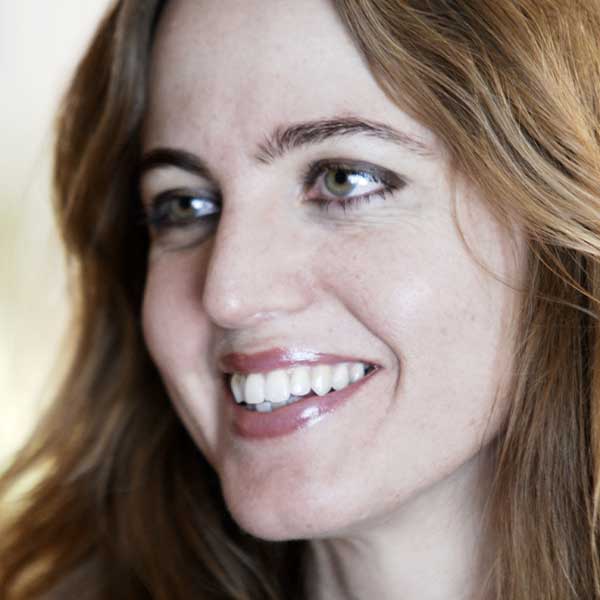 Is there anything new that yet another recording of The Four Seasons can say? Probably not, and it’s certainly not said here. Nevertheless, this is a very fine (if traditional) recording by Canadian violin virtuoso James Ehnes. The Four Seasons formed part of a set of violin concertos composed for the occupants of a girls orphanage in Venice. Published in 1725, it is endlessly dazzling, virtuosic and irresistible, a toe-tapping set of pop songs. This recording makes no claims to historically informed performance or period arrangements (although mention must be made of Ehnes’ 1715 ex-Marsick Stradivarius); rather, The Four Seasons gets the full orchestral treatment, an ocean of shimmering violins working to magical effect, their upper-register interplay with Ehnes in Spring particularly transcendent. Two other violin showstoppers are featured here: Fritz Kreisler’s arrangement of Tartini’s Devil’s Trill Sonata, and Jean-Marie Leclair’s understated (in this company) Violin Sonata in D Major, Op. 9 No 3, Tambourin. Both are performed with American pianist Andrew Armstrong, renowned for his dazzling technique and expression; on this evidence also an astute and sensitive chamber player (he and Ehnes have recorded two critically acclaimed Bartók collections). The recording is rich, resonant and present, and this is…

Editor’s Choice: Instrumental, August 2016 Among the 31 (mostly) short pieces on Butterflyingis Lullaby for Nick, an adult embellishment of Elena Kats-Chernin’s first composition, written at age six. Lyrical and wistful, it is a fascinating early manifestation of the prodigious talent that developed into the powerhouse that she is today. This new double CD is a selection of music composed for her first instrument and love, piano, and on which she teams up with a fellow virtuoso who also began her musical career as a child prodigy. Tamara-Anna Cislowska gave her first public performance at two, playing Bartók, commenced studies at the Sydney Conservatorium at six and won the ABC Young Performer Award in 1991 at 14, the youngest ever winner. Although Cislowska’s repertoire spans five centuries, she has come to be particularly associated with contemporary Australian composers, winning an ARIA Award in 2015 for her ABC recording of Peter Sculthorpe’s Complete Works for Solo Piano. Ten years in the making, that project involved extensive collaboration between performer and composer; so too did Butterflying. In Cislowska, Kats-Chernin has found the perfect transmitter and musical partner who combines technical prowess with a particular depth…Continue reading Get unlimited digital access from $3…

Tognetti and the MSO shine in 20th-century splendour.

★★★½☆ A triumphant performance from Australia’s top young players despite some shaky moments.

James Wood is an English percussionist, composer and conductor; he is also a musicologist and instrument designer. Tongues of Fire is a large-scale work for choir and percussion quartet that weaves together an extraordinary range of cultural forms and ideas, from Latin-American Spanish to the works of Hildegard of Bingen, in order to mystically evoke New Testament descriptions of Pentecost. Wood’s expertise in percussion is evident in the musical representation of tongues of fire and rushing wind, in addition to the symbolic import of choral parts in eight different languages.  By contrast, Cloud-Polyphonies is a three-part percussion work exploring the movement of natural entities – starlings, clouds and buffalo – an unlikely triumvirate at first glance, but a combination that works spectacularly. Starlings evokes the “extraordinary aerobatic displays” made by these birds before migration using marimbas and woodblocks, and 66 drums conjure the thumping of buffalo hooves on changing earthen terrain. The textures created by Wood and brought to fruition by the Yale Percussion Group are mesmerising and hypnotic, and complemented by a spacious, reverberant acoustic in which the many overtones and subtleties created by the instruments are gloriously evident.

From 2011 to 2015, the Australian National Academy of Music and the Melbourne Recital Centre presented the Australian Voices concert series, celebrating significant Australian composers. Included was a programme of chamber works by Stuart Greenbaum (b. 1966). This recording, released on ANAM’s own imprint, features seven Academy musicians with harpist and ANAM alumna Jessica Fotinos, performing three works by Greenbaum in which harp plays a central role. Mondrian Interiors is a collection of eight pieces inspired by an exhibition of works by the Dutch artist, with works scored for combinations of oboe, clarinet, horn, bassoon, piano and harp.  Four Finalities is a song cycle written in collaboration with poet Ross Baglin and performed by mezzo-soprano Lotte Betts-Dean. The delicate interplay between Betts-Dean’s forcefully ethereal voice and the harp is utterly captivating, enhanced by a rich and spacious recording sonic. Finally, Nine Candles for Dark Nights is solo harp piece written for Australian harpist Marshall McGuire that explores and expands the sonic capacities of this instrument.  This is a tremendously accessible collection of works that balances the obvious beauty of the harp with subtly nuanced complementary sonorities. The performances are fresh and exciting, and it’s to be hoped that we’ll see many more…

Autograph is a career-spanning seven-disc set personally selected by English tenor Ian Bostridge in celebration of his 50th birthday. Organised thematically, discs 1 and 2 cover the Lieder for which Bostridge is justly famous – Wolf, Schumann and Schubert, including Winterreise in its entirety. Discs 3 and 4 are devoted to early music, with a lengthy selection of excerpts from Monteverdi’s L’Orfeo, and including briefer coverage of Dido and Aeneas, Mozart’s Idomeneo and Die Entführung aus dem Serail, plus a sprinkling of Handel.  Then it’s on to substantial excerpts from Britten’s The Rape of Lucretia, Billy Budd, and The Turn of the Screw, before returning to two complete Lieder cycles. In an usual pairing, Schumann’s Dichterliebe and Janácˇek’s The Diary of One Who Disappeared are bracketed together under ‘Allegories of Love,’ the rationale for which you can hear Bostridge discuss on the final disc, a lengthy (80 minutes!) interview.  It’s extraordinary for a singer to have such command of the differing vocal demands of repertoire covering four centuries, and if your early music preferences are with period performances, Bostridge’s readings may not quite be for you. He is especially good with Britten, and, not surprisingly, at his transcendental best with the…

Ensemble Bios is an Italian group led by conductor Andrea Vitello, dedicated to performing works of the 20th and 21st centuries. Their first outing for Italy’s Continuo label features “actress of the voice” Anna Clementi in Schoenberg’s 1912 song cycle Pierrot Lunaire.  Broken into three lots of seven (reflecting the composer’s obsession with numerology), it famously utilises Sprechstimme, a semi-spoken technique associated at the time with melodrama and to some extent Lieder and cabaret. Clementi’s delivery is deft, mocking and expressionistic, soaring and plunging while detailing Pierrot’s macabre exploits as the instrumentalists sensitively weave around her vocalisations. A century on, it still sounds thrillingly modern.  It’s paired here with a recent work by Florentine composer Andrea Portera (b. 1973), whose symphonic, theatrical and chamber works (over 120) have met with critical acclaim and two silver medals from the President of the Italian Republic. Red Music consists of three quite beautiful pieces for chamber ensemble, all just over four-minutes long, and dedicated to Prokofiev, Shostakovich and Rostropovich respectively. Each work subtly evokes the subject of its dedication – the frenetic dynamism of Prokofiev’s piano works, Shostakovich’s deeply unsettling strings, or the sound of Rostropovich’s rich, expansive cello. It makes for an…

This is the third album recorded for ABC Classics by Melbourne-based early music ensemble Latitude 37. Julia Fredersdorff (baroque violin), Laura Vaughan (viola da gamba) and Donald Nicolson (harpsichord) are renowned exponents of historically-informed performance, and for this recording they train their collective expertise on a cross-section of music from 17th-century England that collapses “the artificial divides of art music and popular music.” The album takes its name from the Royal Consorts of William Lawes (1602-1645), a set of ten suites or ‘setts’ of dances; Sett No 2 is presented here along with works by William Byrd and Henry Purcell, including one of his spectacular Fantasias for Viols and a jaw-dropping Let Me Weep from The Fairy Queen, featuring young Sydney soprano Alexandra Oomens.  These sit beside works by less-famous composers including Davis Mell (1604-1662), William Corkine (1569-1645), and several anonymous works in arrangements. Of particular note is the world premiere recording of Fantasia-Suite No 2, an unpublished work for treble, bass viol and organ by Christopher Gibbons (1615-1676). It is an absolute delight to hear the chamber organ ‘breathing’ as this work begins, and as good a time as any to mention the sumptuous, spacious beauty that characterises the…

Nicholas Young is a graduate of the Sydney Conservatorium and since 2009 has been a Young Steinway Artist. Now based in Salzburg, Capricornia is his first recording on which he performs Roy Agnew, Ferruccio Busoni and Elliott Carter. “The internationalism of all three,” says Young, “particularly appealed to my own colourful identity as an Australian with Chinese ancestry, based in Austria.”  Like Young, Agnew was born in Sydney. His untimely death from septicaemia in 1944 at the age of 53 halted an international career. The two one-movement piano sonatas here are lyrical cascades of colour, firmly modern but still with a toe in the late 19th century. It is to be hoped that Young’s commanding performance will lead to more Agnew in concert programmes. Three works by Busoni anchor us in an earlier era, characterised by a commitment to creating music “that venerated the past but also embraced the language of his day.” The restrained serenity of the Berceuse, is followed by a virtuosic Toccata, followed in turn by Ten Variations on a Prelude of Chopin. Capricornia concludes with a Piano Sonata by Elliott Carter that takes inspiration from Beethoven’s Op. 111. It’s a thoughtful programme, handled with consummate skill, virtuosity…