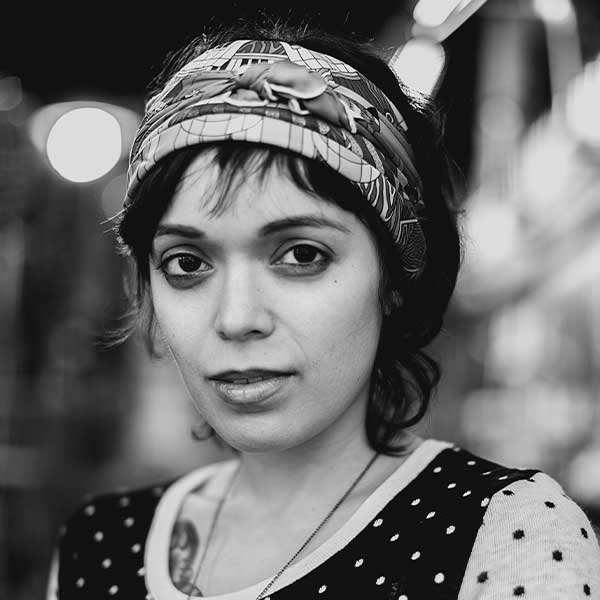 Melissa Lesnie bid a tearful farewell to Limelight in 2013 to move to Paris, where Warner Music kindly sorted her visa. She now works for Radio France and spends her spare time singing in the Latin Quarter jazz bars. Follow her adventures at @francemusique and @throwingmyarmsaroundparis.

The Theremin: Out of Thin Air

Invented 100 years ago, the first electronic instrument continues to fascinate, not only for its striking sound and aesthetic, but also for the almost superhuman difficulty of playing it without physical contact. Mélissa Lesnie traces its history, and visits theremin school to learn how the devil to tame it.

A Valentine's Day tribute to the women and men who inspired the great composers.

The fight for classical music in a place where both government funding and freedom of expression are under threat. Continue reading Get unlimited digital access from $3 per month Subscribe Already a subscriber? Log in

The Montenegrin musician who is conquering the world (and the charts) with an Aussie instrument. Continue reading Get unlimited digital access from $3 per month Subscribe Already a subscriber? Log in

Review: Adams: The Gospel According to the Other Mary (Master Choral, Los Angeles Philharmonic/Dudamel)

John Adams probably wouldn’t like to be hailed the Benjamin Britten of his generation any more than he likes being called a minimalist. But with his 2012 Passion oratorio based on Bach, the American composer follows Britten in proving himself not only as a master orchestrator, but also as composer of the most striking and politically potent vocal music of his time. He also has in common with his British predecessor his gravitation towards earth-shattering historical events with a deeply compassionate response to human tragedies – the September 11 threnody On the Transmigration of Souls and the respectfully handled Israel-Palestine discourse in The Death of Klinghoffer, the latter also based loosely on the Passions of Bach. This two-hour work for large forces, including cimbalom and no fewer than three counter-tenors, features a libretto (drawn from Old and New Testament and poems on faith and liberty) by Peter Sellars, who collaborated with Adams on Nixon in China and staged The Gospel last year – “told not by Matthew, Mark, Luke or John, but rather according to the other John and Peter,” quipped the Los Angeles Times critic. (In fact, events are related in a fascinating new light by the mezzo-soprano soloist…

Ivan Ilić on playing with the left-hand

Serbian-American pianist talks about left-handed repertoire and the influence of Paul Wittgenstein Continue reading Get unlimited digital access from $3 per month Subscribe Already a subscriber? Log in

Paul Wittgenstein: The Man with the Golden Arm

How did war-wounded pianist Paul Wittgenstein persuade Ravel, Britten and Prokofiev to write pieces for his left hand? Continue reading Get unlimited digital access from $3 per month Subscribe Already a subscriber? Log in

The first wave of beauty washes over you 44 seconds in. Those dreamy, breathy flutes! The second wave hits at 3 minutes as two siren-like sopranos (of the sailor-luring rather than the whining ambulance variety) echo each other beguilingly. I don’t like to be a quick-draw with words like ‘ravishing’ and ‘beguilingly’, but I see no way around it for Cappella Mediterranea, the Spanish ensemble that has now brought back two works by Michelangelo Favletti (1642-1692) to see the light of day.  The Calabrian composer and priest was Maestro di cappella in Palermo before relocating to Messina in Sicily while the city was under Spanish rule, which accounts for the exotic touches of kaval, galoubet pipes, haunting duduk, and bass chalumeau that enrich this premiere recording. This six-voice dialoghi oratorio was composed in 1683. Falvetti draws on the Book of Daniel to relate the story of the three youths condemned by King Nebuchadnezzar to be thrown into a fiery furnace for refusing to worship an idol. There are so many splendid moments one wonders why most of Falvetti’s output was itself consigned to the proverbial flames. From the orchestral prologue’s evocation of the flow of the river Euphrates, to the…

Melissa Lesnie talks to Jane Sheldon about her experiences singing the music of a contemporary music legend. Continue reading Get unlimited digital access from $3 per month Subscribe Already a subscriber? Log in