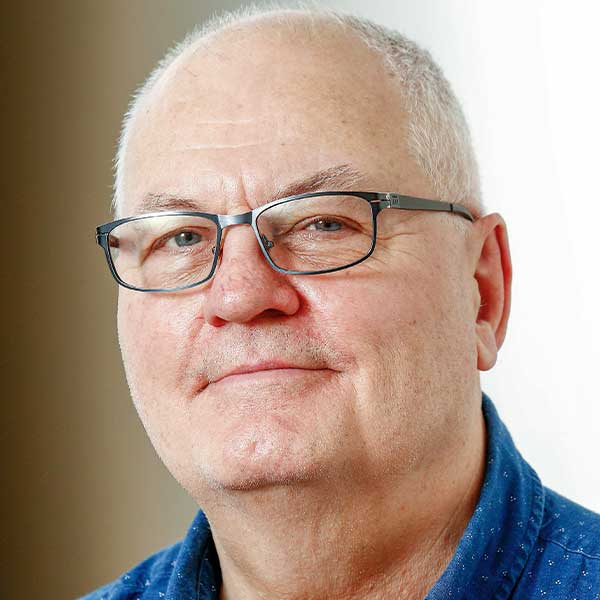 This album is a little charmer from one of Australia’s finest chamber groups, the Omega Ensemble. Led by David Rowden, it starts with a lovely, nuanced performance of Mozart’s gorgeous Clarinet Quintet. Rowden uses a basset clarinet, the instrument with the extra low notes developed by Anton Stadler, for whom the work was composed. Those woody bass notes that so fascinated Mozart are on display from the outset, enhanced by the ABC’s closely placed microphones. The string quartet, led by Catalin Ungureanu, are fine equal partners in the “conversation” with the soloist and listen out for second violinist Airena Nakamura’s dialogue with Rowden in the beautiful Larghetto. Ian Munro’s three-part quintet Songs from the Bushmixes folk tunes with contemporary themes. For the outer movements, Country Danceand Drover’s Lament,  Munro raids his well-thumbed copy of John Meredith’s Folk Songs of Australiafor snippets while the spacious middle section evokes a camp fire under the great Australian night sky. The final work is a corker: It Takes Two – Concerto for Two Clarinetsby George Palmer, for which Rowden is joined by Dimitri Ashkenazy. Commissioned in 2008, the former Supreme Court Judge came up with a delightful…Continue reading Get unlimited digital access from $4…

The tolerant opera buff will be rewarded with this latest volume in Desiree Records’ Great Voices of Australia series, which features amateur recordings – some of atrocious quality, others better – made on the 1965 Sutherland-Williamson Grand Opera Season tour of Australian cities. Compiled by maestro Brian Castles-Onion, they feature Sutherland conducted by Bonynge in excerpts from Lucia, Faust, Sonnambula, Traviata, L’Elisir d’Amore, Semiramide and Onegin. The set is worth the price alone for the chance to hear La Stupenda at her best in Lucia and Faust, opposite the superb American tenor John Alexander. However the real gems are her appearances with then exciting newcomer Luciano Pavarotti. The Sonnambula tracks sound as if someone’s frying sausages next to the microphone but you still get an idea of their magical quality together. The Traviata excerpts are better, Sutherland and Pavarotti in scintillating form, with a fine performance by baritone Cornelis Opthof as Giorgio. The 40-page booklet contains quotes, photographs and details of back-stage fallings-out. Sadly the recording of Elizabeth Harwood in Lucia is so faint as to only give a glimpse of this lovely soprano. The prompt, a former La Scala hack, can be heard throughout like a Neapolitan bingo caller….

A return to first love: Brodskys bring searing intensity to a cycle of "old friends".

Mezzo-soprano superstar Joyce DiDonato’s latest album of Baroque opera arias started life as a project to bring to light some Neapolitan rarities, but it took a swift hairpin turn in November last year following the brutal terror attacks in Paris. The Kansas diva and the crack Il Pomo d’Oro under their exciting young Russian Chief Conductor Maxim Emelyanychev ditched the programme and came up with a selection of “war and peace” arias, all of them sending a strong message in troubled times. “As I have tried to convey in this selection of music, the power to bravely tip the scales towards peace lies firmly within every single one of us,” DiDonato says. Drawing mainly on much-loved arias from Handel and Purcell, the mezzo is in sizzling form, attacking the bellicose material with gusto. She looks like a lioness in profile on the cover and that is the feeling she brings here – you’d be a fool to mess with her! In stark contrast the “peace” songs, including back-to-back “swoon” tracks of Dido’s Lament by Purcell and Handel’s Lascia ch’io pianga from Rinaldo, are delivered with a glorious mixture of grace and irresistible sweetness. She does include some rarities – a “war”…

I thought the Takács Quartet set the bar pretty high with last year’s Hyperion recording of the two Janáček string quartets, but that was before Swiss outfit Quartetto Energie Nove released this gem on the Dynamic label. Made up of the principal string players of the Orchestra della Svizzera Italiana, the foursome has a slim discography – just the two Prokofiev quartets – but the sheer quality of their playing and the marvellous production standard of both these albums argue strongly that we should be hearing a lot more of them in the future. Energie Nove – violinists Hans Liviabella and Barbara Ciannamea, violist Ivan Vukčević (an Aussie!) and cellist Felix Vogelsang – bill this release as a world premiere of a “critically edited and ‘Urtext’ version” of the two quartets. The main changes are in the second, Intimate Letters, written in the last year of the composer’s life and which was being rehearsed for its premiere by the Moravian Quartet just before Janácˇek died. Some changes had been made at these rehearsals attended by the composer, the chief among them being his decision to abandon the use of the viola d’amore in favour of its more conventional four-stringed cousin….

Sydney ensemble round off a stunning season with plenty of Sturm und Drang.

If you’ve seen soprano Emma Matthews in an opera you will know that her performance lives long in the memory. It’s not just her glorious, limber voice that captures you but her remarkable acting ability. In short she lights up the stage. Witness the Aussie diva’s extraordinary and moving portrayal of Lucia’s madness a few seasons back for Opera Australia, or her vulnerability in La Traviata and comedic flair in Rossini’s Il Turco in Italia, playing superbly off buffo baritone supremo Paolo Bordogna. This theatrical quality adds immensely to her latest collection of bel canto gems, with ABC Classics following on from her triumphant 2010 Monte Carlo outing on Deutsche Grammophon. Featuring the Melbourne Symphony Orchestra under Andrea Molino, and produced by acclaimed tonmeister Virginia Read, this offering is as good if not better than the yellow label one. Whereas on the former recording Matthews laid out her entire stall and gave us 21 songs over a generous 76 minutes, the new album offers greater cohesion with interconnected moments from La Traviata, Il Turco and a brace each from Bellini’s La Sonnambula and I Puritani. It gets off to an effervescent start with Je veux vivre from Gounod’s Roméo et…

★★★★½ French piano star’s journey through the keys from C to B Minor.

Dutch label Channel Classics has released an attractive box set of the first complete series of Mozart violin sonatas to be performed on period instruments. The albums, featuring English duo violinist Rachel Podger and keyboardist Gary Cooper, were released individually from 2004 to 2009 when they picked up a swag of awards. Now they come in an eight-disc box, giving listeners the chance to appreciate the sweep of the 36 works that covered 25 years of the composer’s life. Cooper performs on a copy of a 1795 Viennese fortepiano by Anton Walter – the maker favoured by Mozart and Beethoven – while Podger plays her 1739 Pesarinius violin, made in Genoa by a student of Stradivari. For the final disc Cooper switches to a 1766 Kirckman harpsichord, exactly the sort of instrument the young Mozart would have used, while the bass line is augmented by cellist Alison McGillivray. As Podger says: “Approaching [Mozart’s] music instinctively comes most naturally to me. It seems so effortlessly composed, and communicates with us directly.” Beautifully recorded, the set would make an ideal companion to the Beethoven sonatas being recorded by US violinist Susanna Ogata and British fortepianist Ian Watson. The Mozart canon, however, is…

Review: The Spirit and the Maiden

Queensland’s all-woman Muses Trio – violinist Christa Powell, pianist Therese Milanovic and cellist Louise King – has been promoting female composers in a series of chamber concerts for four years and now they have released their self-published debut album. Taking its title from Elena Kats-Chernin’s relatively well-known The Spirit and the Maiden, it includes three world premiere recordings: Melburnian Kate Neal’s piano solo Song For Comb Man; Queensland jazz lecturer Louise Denson’s engaging Two Boleros and, also from Queensland, Cecile Elton’s Insomnio de la Cuidad (Tango for a Sleepless City) which sits nicely alongside the Boleros, starting lazily until the restlessness begins. Three pieces for cello and piano by Nadia Boulanger take us to another time and place, as does the Czech Víteˇzslava Kaprálová’s Elegy for violin and piano from the 1930s. Kats-Chernin’s trio, based on a legend about a young woman who is captured by a ghost that lives in a well, is the most substantial work and makes a good opener with its exciting, driving rhythms. English composer and mezzo-soprano Judith Bingham’s Chapman’s Pool is a four-part work which starts and ends sombrely. Brooklyn-born Jennifer Higdon’s contrasting Pale Yellow/Fiery Red closes the disc strongly, although you can download Amy Beach’s Romance for…

South African lyrical soprano sensation Pumeza Matshikiza has followed her debut recording Voice of Hope with a splendid set of arias and a smattering of jujubes to freshen the palate. Unlike Hope, Arias is weighted toward a stiff dose of the dramatic repertoire which suits her full, distinctive timbre and strength. Her personality and acting ability comes through loud and clear. Matshikiza shows she is a perfect fit for Mozart with two arias from The Marriage of Figaro, and she “trembles and wavers” convincingly in Che fiero momento from Gluck’s Orfeo ed Euridice. Her song choices also pay tribute to her heroes Renata Tebaldi (Sarti’s Lungi dal caro bene) and Victoria de los Ángeles (Sebastian Yradier’s La Paloma and a habanera from Montsalvatge’s Cinco Canciones Negras). Vocally she is always secure and never struggles. Her high “amore” ending of Senza mamma, o bimbo from Puccini’s Suor Angelica manages to keep a wide vibrato under control. Dvorˇák’s Song to the Moon from Rusalka is simply wonderful and Si, mi chiamano Mimì from Puccini’s La Bohème shows the character’s deceptive robustness as well as her fragility.  Some light relief from Liù’s heartbreaking aria from Turandot and Ravel’s Oh! La pitoyable aventure! from L’Heure Espagnole comes with a distinctly retro La Paloma, but in Arias, she eschews the light poppy moments which pepper her first album.

Any release by American pianist Garrick Ohlsson is guaranteed to delight and this new one of Smetana’s Czech Dances Books Nos 1 and 2 does not disappoint. Ohlsson is at home with these charming works, meeting their virtuosic challenges with aplomb.Smetana wanted to do for the Czech polka what Chopin did for the Polish mazurka and the four works which open the album show that his aim to “idealise” the form and push the boundaries succeeded admirably. As one of today’s leading Chopin interpreters Ohlsson is on top form here. Smetana lived his final years in a gamekeeper’s lodge where he befriended an amateur fiddler who showed him Bohemian and Moravian folk tunes and dances.The resulting 10 pieces may not have had the success of Dvorˇák’s dances but they were greatly admired. Slepicka (The Little Hen), is probably the best known of them. Oves (Oats) is a gentle piece while Medved (The Bear) has all the lumbering quality of Mussorgsky’s oxen in Pictures from an Exhibition.The Little Onion, an unpromising title perhaps, is full of lyrical appeal and Dupák, a stamping dance, is terrific fun. Hulán (The lancer) is full of longing and Obkrocak, a stepping dance, recalls the tune…